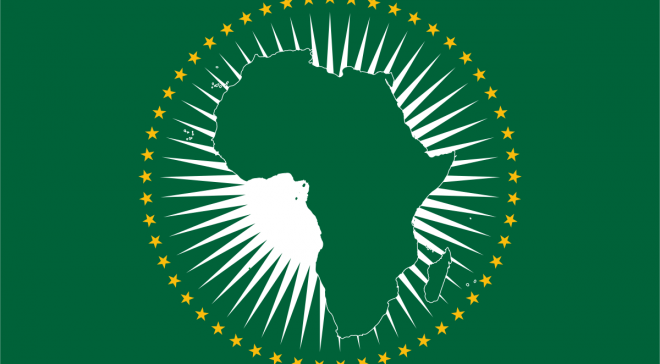 MOGADISHU, Somalia | The African Union has reportedly rejected a request by the Federal Government of Somalia asking for the delayed deployment of John Mahama to the country, where he's set to help on mediating the current electoral crisis, which has seen rival camps clash in recent days.

Mahama, a former Ghanaian president, was appointed as a special envoy by African Union Commission boss Moussa Faki to represent the union's interest and report to the Horn of Africa country as soon as possible.

The former president's appointment had been welcomed by both the opposition and the government of Somalia, with some terming him the "right candidate for the job." However, the union did not give specific timelines on his expected reporting date.

But sources privy to behind the scenes lobbying intimate to Garowe Online that the federal government of Somalia had requested to have his deployment delayed to allow Prime Minister Mohamed Hussein Roble to finish the "mediation job" before "the outsider" comes.

Mogadishu wrote to the African Union over the matter, insisting that a homegrown solution should be first embraced before the external mediation team arrives, arguing that "this would help us solve the issues by making it easier."

Roble has scheduled May 20 for the all-important meeting between the government and federal states to solve the pre-election row. In previous interviews, he pledged to hold "free and fair" elections which will be "acceptable" to all parties.

However, Villa Somalia's request to delay Mahama's arrival suffered a significant blow on Monday after the African Union insisted that "sending a special envoy was agreed upon by the A.U member states and not through the Somali government's request."

While Garowe Online cannot authoritatively confirm the rejection claims, it can, however, report that Villa Somalia wrote back to the African Union condemning the decision to reject its request, adding that Mr. Mahama is no longer welcome to the country for mediation duties.

The setback comes after the opposition managed to convince the African Union to drop AMISOM political advisor Babatunde Taiwo, whom they termed "toxic in Somalia politics." The opposition accuses the envoy of spying on behalf of the National Intelligence Security Agency [NISA].

President Mohamed Abdullahi Farmajo, whose term expired on Feb 8, had initially extended his term for two more years. Still, the pressure from both the opposition and the international community informed his decision to rescind the move, which had triggered chaos in the country.

Farmajo is accused of plotting to overstay in office by using all avenues available to block credible polls. He is also accused of using the security forces to his advantage, which has sharply divided the country.

Recently, members of the Somali National Army [SNA] clashed in Mogadishu after a section of them accused Farmajo of disregarding the constitution. However, they have since returned to their bases after a meeting between the opposition and PM Roble.