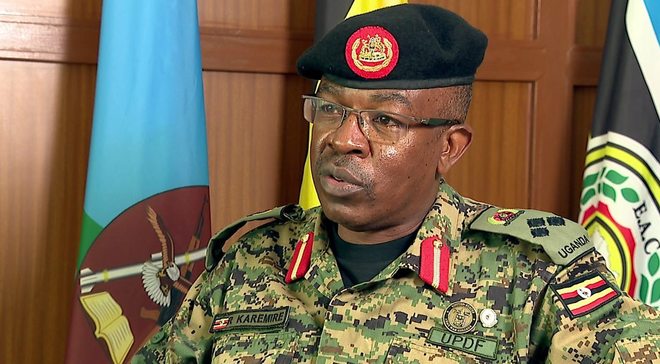 MOGADISHU, Somalia — The army leadership has said that a Ugandan People’s Defence Forces (UPDF) soldier attached to the African Union Mission in Somalia (AMISOM) has tested for coronavirus.

Brig. Karemire also said UPDF doctors in Somalia are tracing his contacts to halt the spread.

UPDF that currently has 5579 troop presence has been in Somalia since 2007 as part of the African peacekeeping mission although countries like the United States of America and organizations like the European Union that majorly bankroll AMISOM have called for accelerated withdrawal.

Troop contributing countries like Uganda have resisted the move saying it will work against the gains they have made against the Al Shabab.

Speaking to scribes at the Uganda Media Centre early this week, Brig. Karemire said even as the country is focusing on the coronavirus in Uganda, elsewhere the army is deployed and has not lost focus of their other traditional roles.

He said even without the coronavirus pandemic that is also ravaging Somalia like it is doing in Uganda, the Al-Shabab that is intent at overthrowing the Somali government normally intensifies attacks during Islam’s holy month of Ramadan.