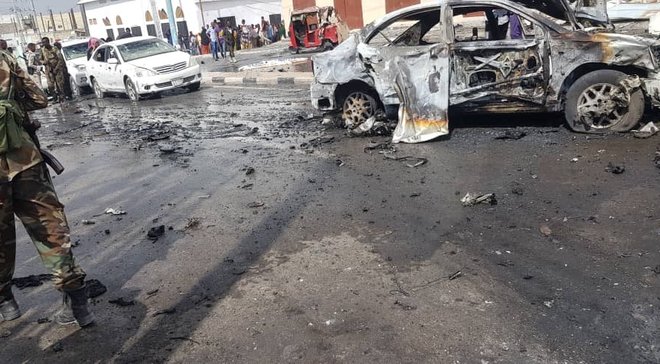 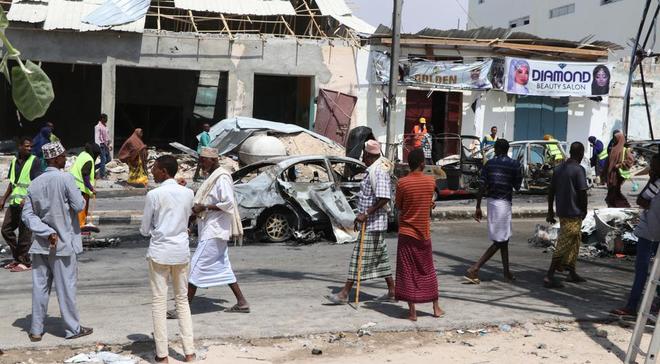 MOGADISHU, Somalia - At least three people were killed and 6 others wounded in a car bomb attack in Mogadishu, the Somali capital on Wednesday morning, Garowe Online reports.

Speaking to the reporters at the site of the explosion, Mogadishu mayor’s spokesman Salah Hassan Omar said a car packed with explosives went off at the main security checkpoint at Sayidka junction.

The al Qaeda-linked group Al-Shabaab has claimed responsibility for the car bombing close to the presidential palace and parliament compound in the capital, saying it caused deaths and destruction.

“The car bomb exploded as it tried to speed through a security checkpoint near the parliament during the rush hour at 10:00 a.m. local time,” said Omar, adding that the wounded were taken to hospital.

An official with the ministry women and human rights was among the dead, according to the ministry.

The powerful explosion caused catastrophic damage to the buildings along the street and set off a fire on vehicles lined to pass through the police checkpoint, some 500 meters from the president's residence.

Witnesses said they could see a plume of thick smoke billowing into the sky from the area after the car bomb explosion as Ambulances rushed to the scene and ferried the dead and wounded to the hospitals.

The attack came days after a massive car bomb explosion by Al-Shabaab hit a busy security checkpoint in Mogadishu on December 28, killing at least 85 people and leaving dozens of others wounded.

Al-Shabaab was pushed out of Mogadishu 2011 with the help of AU forces. However, the group still carries out deadly attacks against government, military, and civilian targets in the long-chaotic country.