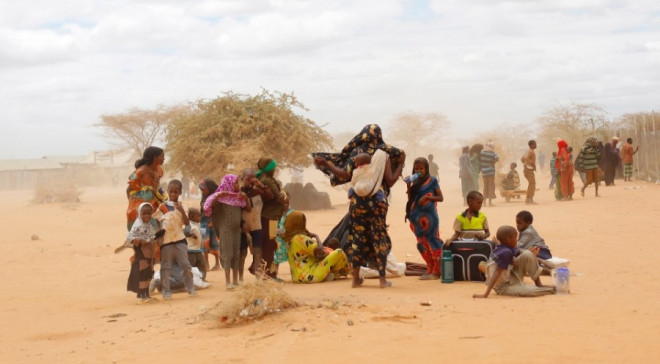 MOGADISHU, Somalia - Authorities in the troubled Gedo region have reported two deaths which are related to hunger, mainly caused by Al-Shabaab blockades, which have made it impossible for humanitarian groups given that most supply routes remain closed.

Those who died from hunger and thirst are mainly children, and there is a possibility of more casualties in coming weeks, should the residents fail to get urgent help from well-wishers, authorities said in a statement, which comes amid political chaos.

Al-Shabaab, local authorities said, have been using the current standoff between Jubaland security forces and the Somali National Army [SNA] over the control of Gedo, further expanding their territories in an area which had almost been liberated from the group following operations by the Kenya Defense Forces [KDF].

While Kenyan troops continue serving in Sector II whose main headquarters are at Dhobley, they have not successfully contained the militants due to internal wrangles pitting the federal government of Somalia and the local Jubaland administration.

The federal government has been under pressure to withdraw troops from Gedo but in return, they have refused, leading to constant wrangles with the Jubaland security forces. The Mogadishu-based government accuses Kenya of meddling in her internal affairs, a claim disputed by Nairobi.

And the standoff has given Al-Shabaab a freeway to terrorize residents, thus causing the current humanitarian crisis in the region. Gedo region falls under Jubaland state, which neighbors Kenya, and which has been working closely with Nairobi.

Besides the Al-Shabaab militants-engineered menace, the region is also battling acute food shortages caused by ravaging desert locusts and poor rains in the region. Authorities say the situation could be dire in the coming weeks if it's not contained.