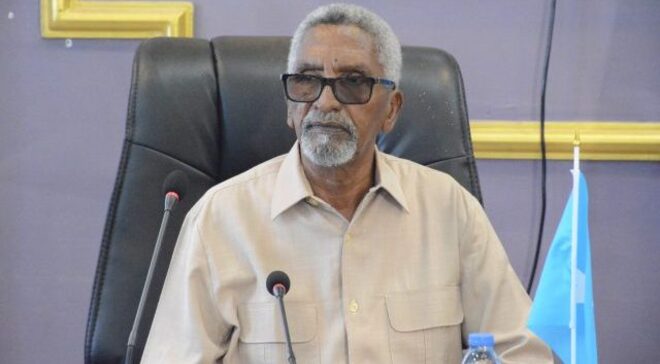 MOGADISHU, Somalia - The pre-election crisis in Somalia Somalia seems to be far from over after Senate Speaker Abdi Hashi appointed a parallel team to the electoral committee following a dispute over the initial members who were appointed by Villa Somalia without consensus.

Somaliland representatives in the government of Somalia usually pick committee to spearhead election of members to parliament despite the fact that the region, which claimed to have seceded from Somalia in 1991, having a functional government that is considered the most stable in the Horn of Africa region.

And on Saturday, Hashi, a chief critic of President Mohamed Abdullahi Farmajo, formed an 8-member parallel committee team which is set to oversee elections for Somaliland, after Villa Somalia refused to have the initial list subjected to scrutiny.

In previous exchanges, Hashi, who hails from Somaliland, accused Farmajo of "trying to control" the region's polls contrary to the initial agreement that allows the region to pick its own Committee for elections. Until now, Villa Somalia is yet to respond to the new development.

This comes amid pressure from the international community team which wants Somalia to reach a compromise ahead of the elections. The UN, EU, and the US have been pushing for a smooth transition after the conclusion of elections early next year.

From December, all regions are expected to hold parliamentary elections which would ultimately pave way for presidential polls. The presidential elections will be held on February 8, 2021, and the new Members of Parliament will pick the president.