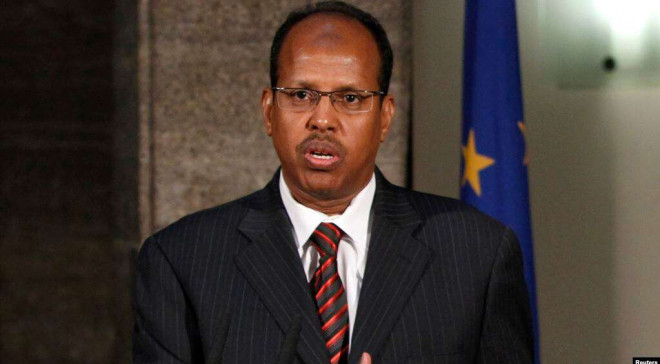 DJIBOUTI - Djibouti has sent a fact-finding committee to the Kenya-Somalia border to assess the situation following claims by Mogadishu that KDF is mobilizing and arming militia to attack the Somali army bases in the Gedo region.

Djibouti's Foreign Affairs Minister Mahmud Ali Yusuf told reporters that the team included diplomats and senior military officials left for Mandera and Beled-Hawo on Friday to find the reality on the ground.

During the visit, the committee will meet with officials and the local communities in both border towns in efforts aimed to assess the overall situation and record the latest events and the current developments.

“The fact-finding commission from Djibouti will assess the situation along the Somali-Kenyan border, particularly in Beled Hawo and Mandera, where tensions have been high these days,” said Yusuf.

The move has come as a result of the 38th Extra-Ordinary Summit of the Assembly of Heads of State and Government of the Intergovernmental Authority on Development (IGAD) held in Djibouti last week.

The summit which was held after FGS sent a protest letter against Kenya to Abdalla Hamdok, Sudanese PM who is the current Chair of the IGAD Assembly, focused on the conflict in Ethiopia and the diplomatic spat between Somalia and Kenya.

In his address, African Union Commission Chairperson Moussa Faki Mahamat said the diplomatic tension between Kenya and Somalia was a concern for the AU and called to end the row within the IGAD bloc.

IGAD asked both countries to open dialogue and de-escalate the tension. Somalia and Kenya have been trading accusations for the last weeks as the relations soared after Mogadishu cut off ties with Nairobi.

Somali Government has summoned its ambassador and all diplomats in Nairobi and asked Kenya’s envoy to leave the country within seven days in protest of frequent interference in its internal politics.

Kenya is one of the five East African nations that contributed troops to the African Union Mission in Somalia (AMISOM) and it has been hosting a large population of Somali refugees in Dadaab camps since 1991.