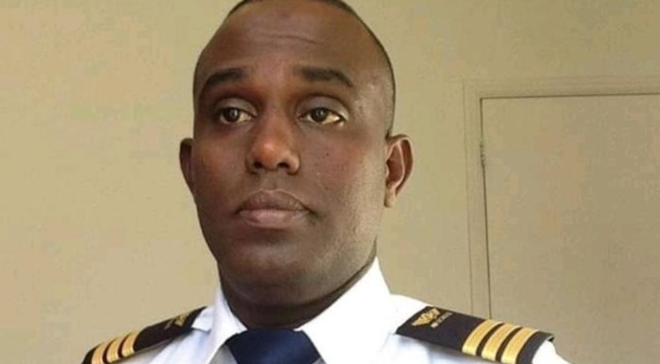 DJIBOUTI - An ex-Djibouti military man has been accused of committing treason, a move which saw him arrested and detained, sparking demonstrations for the better part of Friday, in an incident which has seen neighboring Eritrea also sucked into the controversy.

Fouad Youssouf, who worked as a pilot in Djibouti Air Force, has been in police cells since April 20 without the government giving a justifiable reason, but it's a video of him being held in what is believed to be washrooms, that ignited protests across the capital, Djibouti.

Hundreds of residents lit bonfires within Djibouti, demanding for the immediate release of the former officer, with some accusing President Ismael Omar Guelleh of reintroducing dictatorship in the tiny nation at the Horn of Africa.

But in a statement on Saturday, Attorney General Jama Suleyman, who is also the government legal advisor, accused Youssouf of committing "treason". Youssouf, he said, "tried" to fly a plane to an "enemy country", Eritrea in March this year.

Without delving into many details, Jama said the ex-military man fled to the neighboring Ethiopia, where he tried to apply for asylum but had not been granted. On April 20, he added, the pilot was extradited to Djibouti by the authorities in Addis Ababa.

Protestors had termed his incarceration "inhumane" and demanded that the government shows respect to "humanity" by apologizing to the nation for the "unfortunate" incident. Some had called for the resignation of top security officials, local media reported.

Zakaria Abdullahi, who has been acting as his lawyer, demanded the release of his client on bail, arguing that he deserves a "fair" trial in compliance with the country's laws. The detainee, he told Voix de Djibouti, had a right to see his legal team on May 13, when he was allowed to visit him.

“That was the first time and the last I saw him,” he said, at the same time questioning the time of arrest in Ethiopia, which he insists that was "improperly documented" based on the first account details from his client.

Existing details according to him show that the pilot was arrested in Ethiopia on April 12 and extradited the same day, contrary to the government's claim. At the time of arrest, he noted, the pilot had not been granted asylum by Addis Ababa.

But Mumin Ahmed Sheikh, Djibouti's Interior minister had on Saturday termed the demonstrations "unlawful" in a social media post and warned of possible arrests and prosecution of the "inciting" others to demonstrate.

Without disclosing what the ex-military officer committed, the minister also insisted that the government will protect businesses and innocent civilians from "public disorder", adding that it will also ensure the law is followed.

"A detainee can complain about the conditions of his detention. His lawyer is intervening at the moment through proper regulations," he said in reference to conditions of the detained officer, whose incarceration sparked protests.

"Calling for revolts and riots is an offense under the law. Let everyone assume the consequences of the acts. The government is responsible for public order and will ensure compliance with the law," he added.

Ilyas Dawaleh, the country's Economy and Finance Minister, said the conditions of detention that led to the demonstrations are subject to investigations while calling for calmness in a tweet on Friday.

Youssouf was arrested in Ethiopia after fleeing from the country and later handed back to Djibouti.

Djibouti is the major entry for imports and exports to the Horn of Africa and serves the fast-growing Ethiopia which is landlocked. Such protests could derail the transportation of goods thus the government's quick response.

But fundamentally, the country also serves as the host to many military bases including those of China, France, and the US. Washington established US Africa Command under Gen Stephen Townsend, and the main base in Djibouti serves the entire continent.

Djibouti has been at loggerheads with Eritrea for over a decade now, but the two nations had called for a ceasefire in 2018, following pressure from the African Union. Djibouti has accused Asmara of dispatching the military to some of the disputed regions.

AU peacekeepers had been in place since 2010 as part of efforts to resolve a dispute over the status of Dumeira Mountain and Dumeira Island, claimed by both Djibouti and Eritrea.

The tiny Dumeira Island lies just off the coast of the two countries, at the southern end of the Red Sea. It is close to the Bab-el-Mandeb strait, an important shipping lane for global commerce.

The two countries' armed forces clashed on the border in 2008. Both states later accepted Qatar's offer of mediation and the deployment of peacekeepers, though bilateral relations have remained strained.

Isaias Afwerki, the Eritrea president, has been in talks with his counterpart Ismael Omar Guelleh, something which may have contributed to a temporary peace in the region. The latest impasse could trigger tension between the two states according to observers.