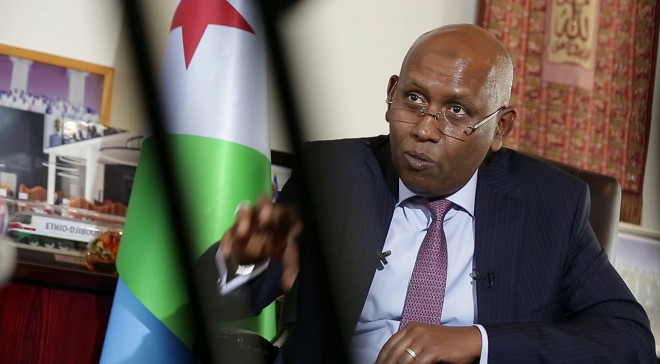 FILE: Djibouti It is strategically located at the crossroads of one of the busiest shipping routes in the world

DJIBOUTI - Djibouti could be one of the countries whose economy has been significantly affected negatively due to the ravaging Covid-19 pandemic and the unprecedented conflict in Ethiopia's Tigray region.

For months now, the movement of goods from the Port of Djibouti to Ethiopia has been hindered due to endless conflict between the Tigray Defense Forces [TDF] and the Ethiopia National Defense Forces [ENDF].

Djibouti's finance minister, Elias Muse Dawaleh, told BBC that in the last 12 months, the country had lost half of its national wealth, or $ 1.7 billion, due to declining revenues and jobs. Thousands of people have lost jobs, he added.

The economy of this country was already struggling to cope with the effects of locust infestation, Covid-19, and climate change. Djibouti was hit by the pandemic just like any other country and it has been depending on foreign assistance in the acquisition of vaccines.

But it's the year-long conflict in Ethiopia's northern Tigray region that has exacerbated disruptions in supply chains between the two countries as trade has declined. The economy of the Horn of Africa nation largely depends on the Port of Djibouti.

For decades, Ethiopia, which is a land-locked country, has been depending on the Port, further generating revenue besides creating massive jobs in Djibouti according to the minister, who is a close ally of President Ismail Guelleh.

Sometimes in September, Djibouti was linked to plans to deploy her troops to the common border with Ethiopia when it emerged that the TDF was keen to uproot the railway link and the road between the two nations as a strategy to suffocate Addis Ababa.

The conflict has widened with TDF now controlling large swathes of Afar and Amhara regions, necessitating calls from the international community for a ceasefire. African Union envoy to the Horn of Africa Olusegun Obasanjo has been trying to broker a truce between Mekelle and Addis Ababa.