Doctors from Somaliland arrested in Mogadishu airport, sent back to Hargeisa 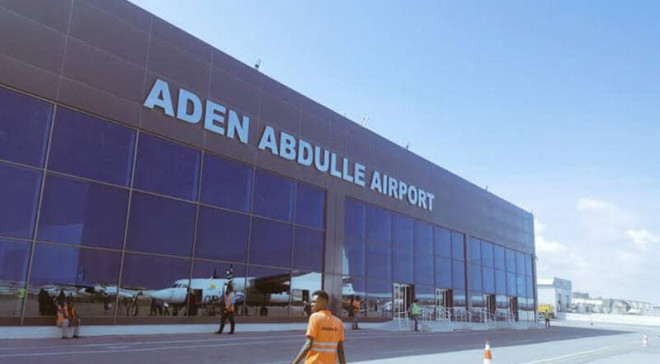 MOGADISHU, Somalia - In a bizarre incident, two senior hospitals from Somaliland were arrested at Mogadishu Airport, reports indicate before detained for three days under unclear circumstances, in what could trigger further rift between Hargeisa and Mogadishu.

According to the reports, the two workers whose identity is concealed for the sake of their safety were attached to the Dr. Adna Adan Hospital in Somaliland, a breakaway region that has been at loggerheads with authorities in Mogadishu.

The two staff members were headed to Nairobi, Kenya, but their mission could not be immediately revealed by security officers at the airport. Adan Adde International Airport is the largest airline facility in Somalia, and it's considered busy throughout the day.

After three days in detention, the two individuals were reportedly deported to Hargeisa on Wednesday, with authorities tearing down their Somaliland passport. The region runs a parallel government, thus explaining the possession of Somaliland's passport.

There is no official comment from Mogadishu over the incident, but it's not the first time it's happening due to animosity between the two parties. Somaliland is also yet to issue a statement over the incident, which is not surprising either.

Somaliland claimed self-independence from Somalia in 1991 but it's yet to get international recognition as a sovereign nation.

In recent weeks, Somaliland has also been notorious for harassing those from the other regions in Somalia, including the recent shooting of a university student, who is believed to have raised Somalia's blue flag. Also, politicians with links to the south have also faced detentions in Hargeisa.

A quick poll conducted by Garowe Online which involved 400 respondents had 71 percent of the people supporting the incident at Mogadishu airport while 29 percent were against it. Somaliland was a British colony while Somalia was colonized by Italians before they merged in 1960.