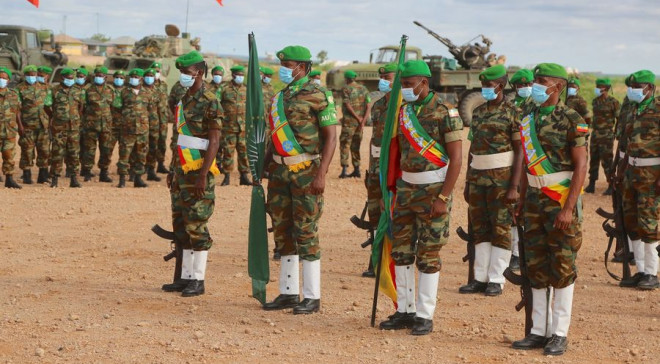 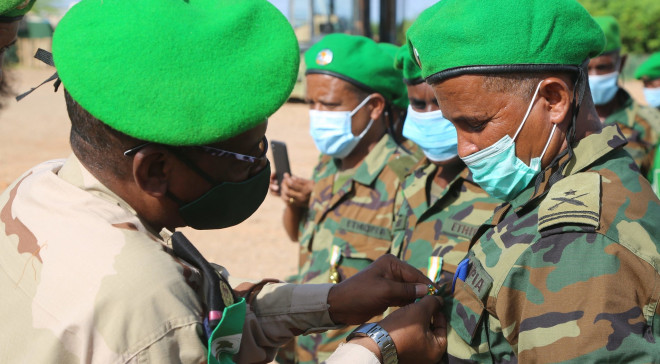 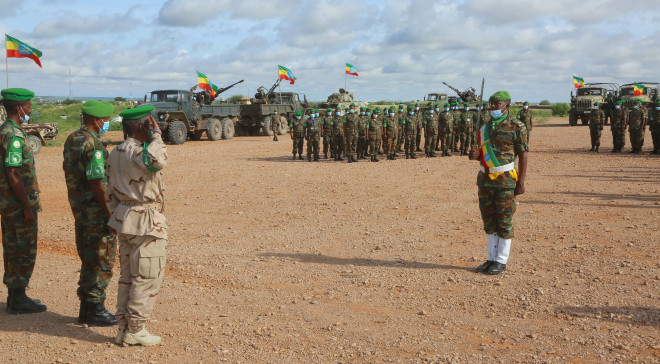 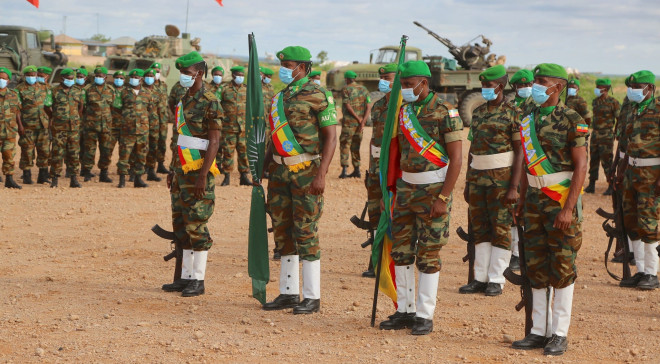 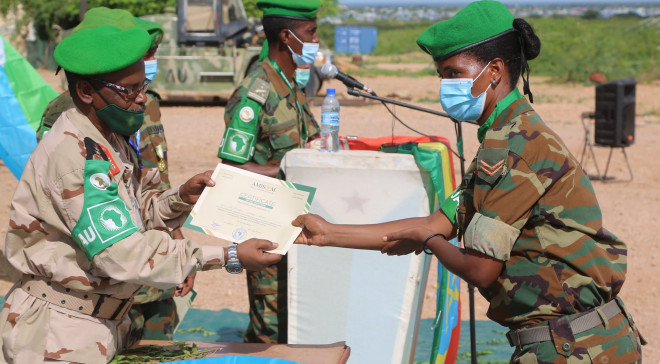 MOGADISHU, Somalia - A contingent of African Union Mission Forces in Somalia [AMISOM] from Ethiopia have been awarded following their commitment to pushing for peace and stability in the Horn of Africa nation, which is facing both Al-Shabaab threat and toxic internal politics.

The Ethiopian National Defense Forces [ENDF] soldiers have been serving in various parts of the country and are integral in the Somali Transition Plan [STP] as they continue to train the Somali National Army, who are supposed to take over by the end of this year.

AMISOM team awarded the troops on Sunday after serving for one and a half years in the Horn of Africa nation. Usually, the soldiers serve for a maximum of one year before they are replaced by their colleagues within the same jurisdiction.

The troops were deployed under the AMISOM Sector 4 in Beletweyne, Hiraan region, where they operated alongside the Djibouti Armed Forces [DJAF] and the Somali National Army to degrade Al-Shabaab terrorists.

Besides Ethiopia, some of the AMISOM troops contributing nations include Kenya, Djibouti, Uganda, and Burundi. The current Force Commander Lt. General Diomede Ndegeya comes from Burundi and has been in service since last year.

Col. Abdirahman Riyale Hared, the commander of the Djiboutian contingent under AMISOM, saluted the Ethiopian counterparts for the gallantry and steadfastness while implementing the AMISOM mandate to secure Somalia.

Hared, who oversaw the function in Beledweyne, noted that the Ethiopian troops were responsible for securing the central town of Beletweyne and the surrounding areas. He hailed the troops for their commitment to the Al-Shabaab war.

“Today is a special day. We are awarding AU medals of honor to those who have given their time, energy and sacrificed their lives to bring peace and stability to Somalia. We will never forget your gallantry, bravery, sacrifice, and selflessness,” Col. Hared said.

Maj. Aadane noted that the departing Ethiopian troops collaborated with their Djibouti and Somali counterparts in conducting operations against Al-Shabaab in their area of responsibility.

The Ethiopian troops also implemented Quick Impact Projects [QIPs] that aimed to win the hearts and minds of the local communities living in the liberated areas of the Hiraan region of Somalia.