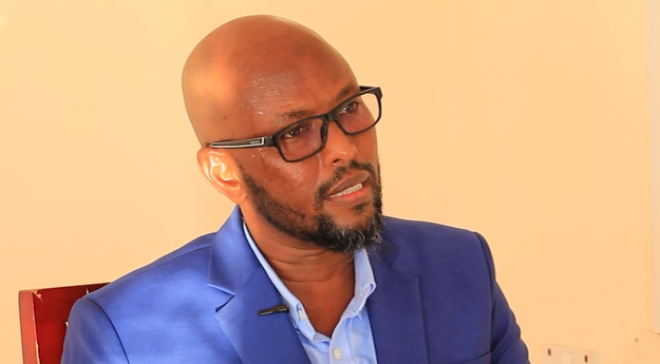 MOGADISHU, Somalia - A former senior intelligence chief has sensationally claimed that 370 Somali soldiers have been killed in Ethiopia, where they were secretly ferried to fight alongside the Ethiopian National Defense Forces [ENDF], who has been battling with Tigray People's Liberation Front [TPLF].

Without giving substantive evidence, Abdisalam Guled, who served as the deputy chief of National Intelligence Security Agency [NISA], said Somalia has borne the brunt of the Tigray war, based on his 'investigations and correspondences" with senior Ethiopian security officers.

According to him, the soldiers from Somalia who have been killed in the Tigray war, are aged between 20-30 years and were fighting alongside the Ethiopian National Defense Forces, who launched an operation in the Tigray region following an attack by TPLF on the Northern Command.

The former spy chief further alleges that the youthful soldiers were picked from Mogadishu secretly without the knowledge of their families and flow to Asmara for training last year. Since then, the youths didn't return to the country, and their parents were in shock for not seeing their children again.

He said that the information was obtained from "exclusive" sources within the Ethiopian military. However, Garowe Online could not independently verify the claims but the Ethiopian army has been working closely with the Somali National Army in the fight against Al-Shabaab.

Ethiopia's Prime Minister Abiy Ahmed recently said that the Tigray operation had been completed following the capture of Merille, the regional administrative capital of the region. In the process, several TPLF commanders were either arrested or killed by security forces, a move that attracted national condemnation.

Somalia had initially issued a statement calling for dialogue which would be recanted later. However, the decision led to the sacking of Foreign Minister Ahmed Awad, who sources claimed that he was accused by Villa Somalia of being a "sympathizer" of the TPLF fighters.

Despite the grave allegations by the former spy, the Federal Government of Somalia has not issued any statement in support or denial of the allegations. Somalia is a major security partner of Ethiopia in the Horn of Africa, and the two nations have been cooperating well.

Last year, the leaders of Somalia, Eritrea, and Ethiopia signed an agreement in Asmara, vowing to further deepen recent gains in the three Horn of Africa countries' diplomatic and socioeconomic relations.

On the security front, they also formulated a comprehensive plan that envisaged combating and neutralizing "the common threats" that the three Horn of African countries face, including terrorism, arms and human trafficking as well as the smuggling of drugs.

NISA Commander Fahad Yasin has had a close relationship with Afwerki since 2006 when Asmara supported Islamic Courts Union fighting Ethiopian forces invaded Somalia, and the relationship grew stronger when Farmajo was elected in 2017, recently sending more young people to Eritrea to train for Somali intelligence service.