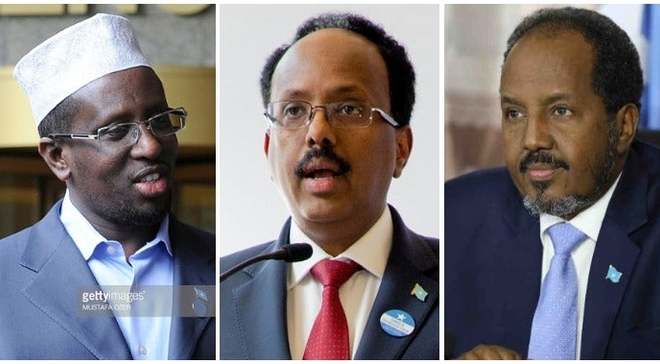 The Forum for National Parties [FNP], a conglomerate of six parties, on Saturday called for a commitment from the federal government, which it accuses of deliberate slowing down implementation of key election laws with an intent to delay the polls.

While underscoring the fact that the remaining period is "extremely short", the FNP also accused Farmajo of interfering with the work of the parliamentary ad-hoc committee, which was entrusted with drafting of electoral law.

The committee, which completed the review of a contentious bill, has since suspended its sittings, further throwing preparations of the law into an unprecedented limbo, FNP added.

But despite the hurdles, FNP insisted that "federal parliamentary and presidential polls must be held" without further extension, adding that "FGS should prepare an environment for free, fair and credible elections".

The coalition insisted that both federal states and the central government should allocate budget for December polls, noting that "FGS had failed to set aside money in the previous budget". The government, it added "must conduct unified elections as stipulated in the applicable laws".

Also in their demand list, the opposition leaders asked the FGS to "guarantee freedom of movement, assembly and association" for all citizens in the context of political activities without fear, favor, and prejudices.

Previously, there have been instances of police brutality, harassment and intimidations targeting opposition bigwigs, including temporary revocation of their travel permit across the country and abroad.

Political stakeholders, FNP added, must reach an agreement for distribution of seats, modalities on management and administration of polls to avert a possible crisis that could precipitate unconstitutional extension of terms.

"Citizens to be guaranteed right for participation, ensuring the women representation quota is achieved. FGS must refrain from exploitation of resources in their favor," FNP said in a statement.

Farmajo assented into law the controversial electoral law in February but federal states and opposition team want it amended. Among others, the law provides for an extension of term in the event of an unprecedented crisis such as wars.

Although the NIEC has settled on universal suffrage, critics insist that the approach cannot work in Somalia due to limited time, with others also faulting delayed identification of constituencies.

But a rather unmoved FNP argues that an election must take place and that "UN and independent observers to partake in the exercise to monitor possible violence and intimidations."

Also, the team wants mobilization of the security team led by AMISOM and SNA to ensure a proper strategy is put to prevent possible infiltration of the elections by the Al-Shabaab and other extremist organizations in Somalia.

Farmajo is set to defend his seat but has been under immense pressure, with the opposition accusing him of reluctance in facing them. To continue staying in power, they argue, Farmajo is imposing his loyalists as federal leaders.

December polls will the first democratic battle in Somalia in three decades. International partners have been consistently working with the electoral body to organize the contest.