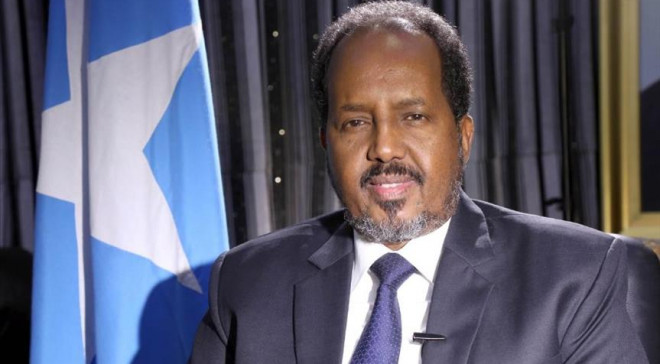 MOGADISHU, Somalia - Outgoing Somalia's President Farmajo is partly to blame for the current political stalemate in the country, his predecessor Hassan Sheikh Mohamud has said, pointing to the failure to implement September pre-election deal as the genesis of the country's troubles.

On Monday, Mohamud, who is a leading presidential candidate, said the next round of talks on election should focus on who should implement the 2020 September pre-election deal, which saw the federal government and federal states reach a consensus, which was backed by other stakeholders.

But the deal has since been mutilated by the administration of Farmajo, whose tenure elapses on February 8, with the opposition accusing him of installing his agents in the electoral committee, failure to withdraw federal troops from the Gedo region among other topical issues.

Sheikh Mohamud, who served from 2012 to 2017 as president, said his successor failed the country by refusing to implement the deal, thus leading to the current stalemate. He also accused him of failing to adhere to the principles of transparency.

"The main topic that should be resolved in the next round of talks on the election is who will oversee the implementation of the 17 September 2020 agreement, as the outgoing president failed severally to implement the pact and lead the nation to timely, free, and fair elections," he noted.

"I urge Somalia's international partners to be part of the solution, stand on the side of the solution in order to move the successes reached by this country forward," said the former leader.

Also, Senate Deputy Speaker Abshir Bukhari accused Farmaajo of signing a resolution into law without the approval of the Upper House. The resolution on appointing 7 of the 9 members of the Judicial Services Commission was approved by the Lower House but not the Senate.

Farmajo had last week called for dialogue which was to start on Monday, but most stakeholders rejected the proposal to have it in Garowe, the regional administrative capital of Puntland. A number of them maintain that the conference should take place in Mogadishu.