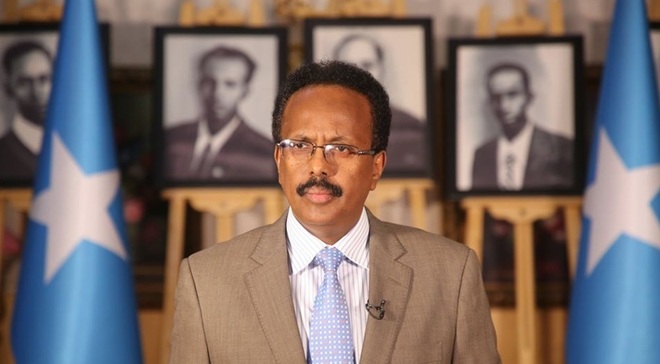 MOGADISHU, Somalia - The future of Somalia is increasingly becoming a major doubt due to the controversy surrounding the much-anticipated elections, with 70 senior citizens among them professionals now releasing a manifesto, the second in the history of Somalia.

Copied to embattled President Mohamed Abdullahi Farmajo, the UN envoy to Somalia James Swan and members of the international community, the manifesto could trigger heated debate within the political cycles in the Horn of Africa nation, and probably define the future of the country's internal politics.

In the manifesto, the professionals and politicians acknowledged that "Somalia is in a critical juncture as dark clouds have gathered around the election cycle and the country's succession to a new government is being manipulated".

Last week, the National Independent Electoral Commission [NIEC] ruled out holding of universal suffrage polls in 2020 in compliance with the constitution, adding that realistically, the country will manage the polls in March 2021 or August, should stakeholders push for biometric registration of voters.

But the statement has since rattled stakeholders among them opposition politicians, federal states, and independent citizens, who now accuse the electoral body of colluding with the current regime to cause "artificial" crisis that would lead to automatic term extensions.

Elections in Somalia, manifesto reads, "are fundamental rights enshrined in our country's legal and constitutional framework." "They are also crucial in facilitating democratic transfers of power," added the manifesto, whose signatories are among those who participated in the 1990 process.

Besides sluggish preparations of the upcoming elections, the team accuses the current administration of among other things, failing to build stability and the institutions required for good governance including the integrated national army, address corruption, and lack of transparency in government.

Further, they added, Farmajo's government has refused to review and amend the provisional constitution, establish the constitutional court, institute a rule of law, which are integral in building a stable nation after decades of conflicts and maladministration which have made it impossible to unite Somalis.

Also arising from the manifesto is the inability by the government to give Somalis access to basic services and infrastructure, extreme poverty, and hunger, which have severely affected over 70 percent of the population. Unemployment also remains at its peak in Somalia, they added.

While acknowledging the challenges the country has been going through for the last three decades, the team accused Farmajo of failing to appreciate the principle of plurality, adding that the regime has refused to engage regional states, further paving room for Al-Shabaab resurgence.

"The country is ruled by a small group of people who do not appreciate the principle of plurality as normal elements of politics. Worsening relationship between FGS and FMS has given room for expansion of Al-Shabaab networks," the manifesto read.

"The mismanagement and arrogance of FGS leaders have resulted in a complete failure of all internal Somali-owned political processes that are necessary to move the country forward," it further said, in reference to the current deadlock between stakeholders.

And to end the impasse, they said, the current administration ought to act in accordance with the provisional constitution as the rule of the land and the federal system as established in the constitution.

"They should come together and build consensus on the most pressing issues at hand which are the constitutionally required elections; hold elections without delay," added the team, in a statement which would pile more pressure on Farmajo to engage all interested parties ahead of elections.

Already, Farmajo has called for a meeting with federal states and the governor of Banadir to discuss the current political quagmire, which is scheduled for July 5-8 this year. Puntland has pulled out of the meeting, raising an accusing finger to Lower House, which it accuses of approving electoral legislation with impunity.

In 1990, a similar decree was issued by hundreds of Somalis who were disenfranchised with the rogue regime of President Mohamed Siyad Barre, who among others, was accused of perpetrating crimes against humanity on the people of Somalia.

But after refusing to resign, the country plunged into chaos which culminated in his unceremonious ouster in 1991, ending almost three decades of misrule. Somali politicians and intellectuals played an integral role in the first manifesto.