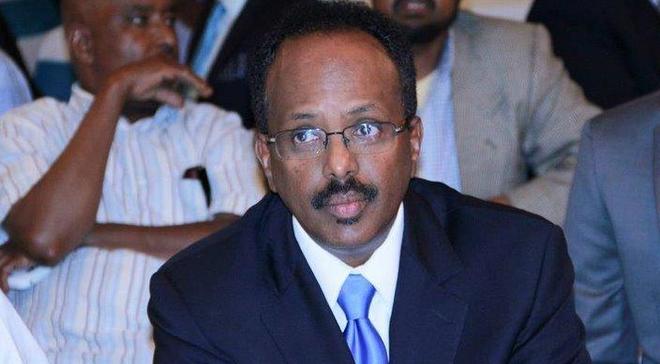 MOGADISHU, Somalia- Mohamed Abdullahi Farmajo, former Prime Minister of Somalia was elected as the new President of the horn of African country following a ballot in Mogadishu on Wednesday, Garowe Online reports.

The Presidential Election Committee (PEC) has announced that Mohamad Abdullahi Farmajo is the President of Somalia for the next four years, after his rival candidate Hassan Sheikh dropped out in the second round.

Mohamud conceded defeat and congratulated Farmajo on his victory of the election. Thousands of residents took to the steers for celebration.

Massive celebratory gunfire ranged out across Mogadishu, and several other towns, including Kismayo, Baidoa, and Beledweyne in Southern Somalia for Farmaajo's election as new President of Somalia.

Mohamed Abdullahi Farmajo has competed against 21 Candidates, including incumbent Hassan Sheikh and former president Sheikh Sharif in the second round of the voting and won 185 votes, out of the 328 MPs.