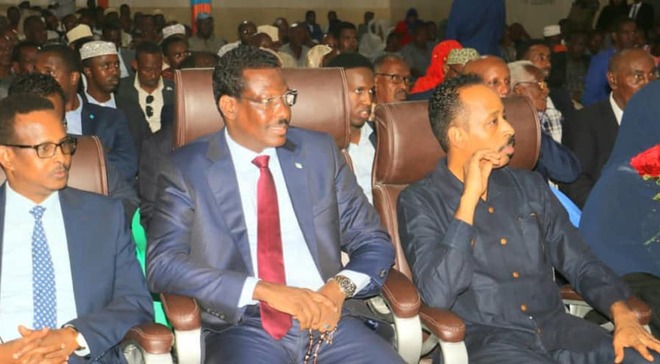 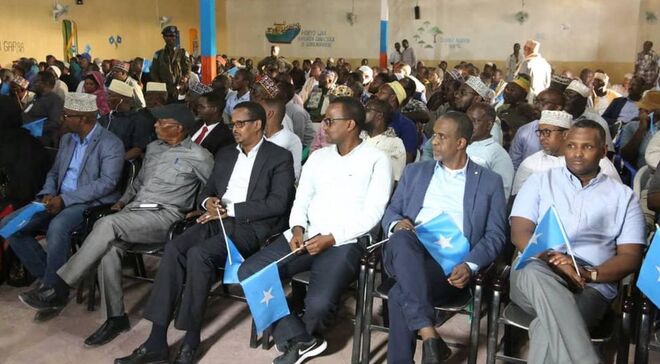 HOBYO, Somalia - A new port is in the offing within the regional state of Galmadug, a top official confirmed on Saturday, a project that if completed, would promote the state's economic fortunes besides providing employment opportunities to the youth.

Fresh from a divisive presidential poll, Galmadug is set to establish a port at Hobyo, a town within the shores of the Indian Ocean, a move that would invite investors to the region, which is one of the youngest federal state of fragile Somalia.

Abdisabir Shurie, the regional minister for Ports and Fisheries, confirmed the launching of the project on Saturday, arguing that the move would facilitate trade within the state and beyond, in a move that would tremendously uplift economic fortunes of Galmadug.

Newly elected President Ahmed Kariye alias Qoor Qoor, a former federal minister, graced the occasion in Hobyo. The project will be funded by regional leaders and businessmen in Galmadug, the minister added.

"Together with Galmudug president Qoor Qoor, we launched the Hobyo Port initiative aimed at facilitating trade for the people of our state and beyond," he said. "A public-private-partnership [PPP] entity will be established soon to raise capital from investors for building of the port."

President Qoor Qoor lauded the business community for the "significant" contributions towards the construction of the port, adding that the contractor is expected to complete construction in the coming months if all logistics work as planned.

"This is a major project and we're really happy for the commencement. It will open our state to the rest of the world besides improving our local economy. I want to thank the business community for their good gesture," he said in reference to the pledge of $90 million to the business community.

Further, there were clashes which left close to 20 people dead in Dhusamareb after Somali National Army [SNA] troops opened fire on the local militia, the ASWJ, whose fighters have since defected to the government. The political situation still remains fluid.

Last year, the government of Qatar pledged to construct the same port but nothing is yet to take place. It's not clear if the Gulf nation bolted out of the plan since no communication has been made by local officials.

Qatar’s Ministry of Transport and Communication Jassim Saif Ahmed Al-Sulaiti stated on Aug. 19 that “The port will achieve multiple economic benefits for Somalia in terms of investment returns and major business opportunities that the port will offer by bolstering the commercial relationship with new markets in Africa and access to global markets, in addition to providing maritime services to vast areas in Somalia.”

Doha is massively investing in Somalia, a country that has struggled to establish a functional government since the ouster of dictator Siad Barre in 1991. Al-Shabaab militants have also dismantled efforts to reconcile the country for almost a decade now.

“The State of Qatar and East African nations enjoy close and distinguished relations based on historical ties and a common desire to achieve economic, educational, and social prosperity for the people of the region. For example, the Qatar Fund for Development has contributed grants and concessional loans to East Africa that exceeded $4 billion over the last eight years,” Lolwah al-Khater, spokesperson for Qatar's Ministry of Foreign Affairs, had told Al-Monitor.

During his address on Saturday, Qoor Qoor did not mention the Qatar pledge. Doha is a close associate of President Mohamed Abdullahi Farmajo's administration and has often assisted the country in many developments initiates just like Turkey, which also has a lot of interest in Somalia.