How Al-Shabaab is frustrating fight against Coronavirus pandemic in Somalia 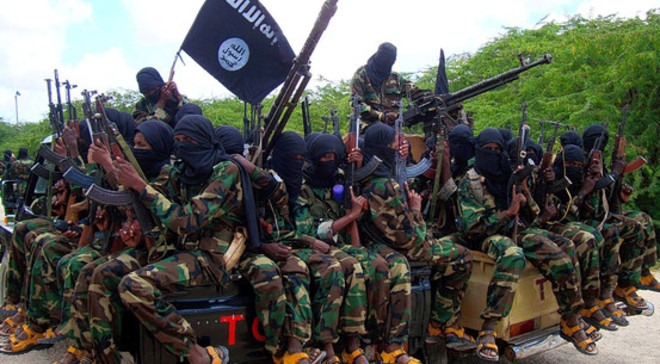 MOGADISHU, Somalia - For decades, Somalia has been associated with inter-clan conflicts and Al-Shabaab menace, which have derailed efforts to establish a functional state, despite the ongoing efforts to restore normalcy by international partners.

But the attention of the impoverished Horn of Africa nation was shifted to Coronavirus pandemic, with the rate of infections exponentially rising in Somalia, according to the statistics from the Ministry of Health.

As of Thursday, 328 infections had been recorded, six recoveries, and 16 deaths. The country now rivals Djibouti, which has almost recorded 1000 infections and neighbors Kenya, which has registered 336 cases.

But one of the striking differences in the level of preparedness. While Djibouti and Kenya have fairly functional healthcare infrastructure, Somalia is struggling due to a deplorable system, which is informed by its gloomy history.

Despite a host of measures put including suspension of both domestic and international flights, learning in schools, and even enforcing social distancing, the country is classified as most vulnerable in the world, thus raising concerns.

Research tabled by Economic Commission for Africa showed that the continent will lose up to 300,000 people, due to impaired health systems, maladministration, and lack of preparedness.

But to help Somalia, the international partners among them Turkey, UAE, the US, have supplied medical equipment and other essentials, to supplement the FGS' efforts. Also, a foreign military in Somalia is helping to cushion the vulnerable population.

But the efforts are now being sabotaged by extremist Al-Qaida linked group, the Al-Shabaab, which has seized the opportunity to antagonize innocent civilians besides targeting security forces.

For instance, the team detonated VBIEDs outside Barawe airport and a UPDF military base on Friday. The attack, AU mission said, "was thwarted by our alert forces. It could have had a devastating impact on our operations".

Other attacks against the security forces were reported in Lower Jubba, Gedo, and central parts of the country. Like in the Barawe attack, the militants were repulsed in Lower Jubba by a contingent of Kenya Defense Forces [KDF] troops.

These escalating raids come even after UN chief Antonio Guterres asked armed groups across the world to embrace ceasefire, to "allow us to fight Coronavirus pandemic, which is also a danger to all of you".

Last month, the group held a five-day meeting in an undisclosed location, where among others, it warned Muslims to beware of infectious diseases such as coronavirus, which it said are spread "by the crusader forces who have invaded the country and the disbelieving countries that support them".

How the attacks are affecting COVID-19 battle

The unending attacks besides causing fear, have led to the abandonment of services being offered by the foreign military especially from the US and AMISOM forces, who have been monitoring the situation.

After the first case was confirmed in Somalia, the AU forces restricted operations within the Halane Basecamp, so did the US military in Balligodle, turning a great space of the facilities to emergency treatment centers.

The forces have also been supplying essentials to the impoverished population, which include serving people with free water and food supplies. This had been going on for the last month.

But the forces have now shifted focus to countering the militants, a move which would drastically affect their critical services to the needy population at this moment. The troops, a source told Garowe Online, "would rather resist Al-Shabaab than help combat COVID-19".

Dispatching of humanitarian aid could be also severely affected since the militants are targeting aid workers, some of them who they abduct and use them to emphasize their radical agenda. This, the KDF source added, causes fear among aid workers who do not at times enjoy army protection.

This is contrary to Djibouti, which hosts the US military in Africa, and is equally battling with the pandemic. For instance, the US troops declared a health emergency in the tiny nation and are now involved in rescue missions.

“We all have a responsibility to reduce the spread of COVID, particularly to protect society’s most vulnerable individuals,” said Command Surgeon Col. Jonathan Taylor. “I encourage every one of us to ask, ‘What can I do to help bring this to a conclusion?’”

The Djibouti Base Cluster is strategically used by the US military to access its areas of operations, including Somalia. Currently, the US team is conducting a series of airstrikes in Somalia against Al-Shabaab, giving quite a little attention to the coronavirus outbreak.

But early this month, a group of religious leaders in Somalia promised to help the government and partners contain both Al-Shabaab militants and Coronavirus pandemic, through their unsolicited public awareness campaigns.

"They will stand with loudspeakers at every crossroads, every gathering place, to spread the word on how to prevent the spread of Covid-19," Koshin Abdi Hashi, deputy coordinator for the prevention and countering of violent extremism in the office of the prime minister, told the BBC.

"They will drive around in vehicles mounted with loudspeakers, and transmit messages from the minarets of mosques," he added.

Mohamed Ali Ibrahim, a university professor, and senior adviser in the ministry of religious affairs, said the messages will include religious elements, a move which is aimed at dispelling propaganda.

"We will talk about hand-washing and social distancing, but also speak of how Islam encourages cleanliness, including ablutions before prayers, and how there were dangerous diseases at the time of the Prophet Muhammad."

Osman Aden Dubow, deputy minister of religious affairs, said: "We have to use the sheiks [religious leaders] and koranic teachers to fight this disease as they are the most respected community in Somalia.

"People trust them more than anybody else and will not only listen to what they say but follow their instructions."

The group has orchestrated over 4,000 civilian deaths in Somalia, besides butchering hundreds of security forces. But in return, the gallant soldiers have managed to liberate strategic towns, besides flushing out the militants.

COVID-19 pandemic has had a negative impact on Somalia's economy in the last one month. According to Abdirahman Duale Beileh, the country's finance minister, foreign remittances reduced by $1.5 billion within the same period.

"Remittance-sending channels need to be protected to enable people to send money to all parts of Somalia.
Aid flows to Somalia may need to increase to compensate for losses in remittance support," observes Ahmed M. Musa, a diaspora representative.

Until now, over 2.7 million people have been infected with the disease worldwide. Of this number, 700,000 have recovered while 180,000 have since succumbed, John Hopkins University data indicates.