ISIS faction in Somalia takes responsibility for attack in Mogadishu 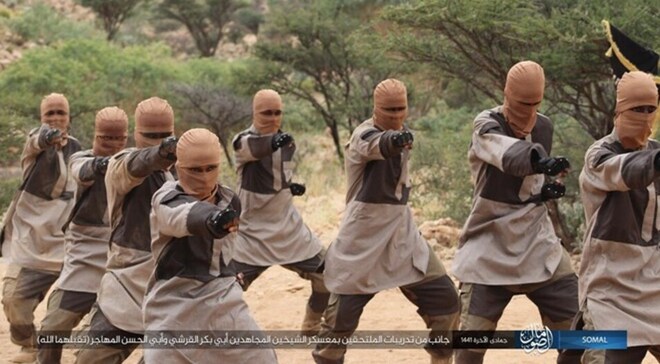 MOGADISHU, Somalia - For the first time in as many months, the Islamic State militants affiliate in Somalia has claimed responsibility in an attack within the capital Mogadishu, which left three soldiers badly wounded, in a raid that comes amid concerns over security situations.

The ISIS-Somalia through Amaq News claimed that it was responsible for the attack that left the soldiers badly wounded and one fighter arrested on Sunday within the Somali capital. The attack, IS-Somalia claimed, provided proof that it was ready to conquer the capital after many attempts.

More often than not, the capital has been under attack from Al-Shabaab, an Al-Qaeda linked group which controls large swathes of rural central and southern Somalia. ISIS has limited control in the country and often launches attacks in the northern part of the country especially in Puntland.

The two groups clashed in 2017 leading to the neutralization of IS-Somalia, which is said to have resorted to the recruitment of foreign fighters. In August, the US Africa Command announced the first airstrike that targeted fighters from the group in Puntland, the northern state of the country which led to the death of several fighters.

At Golis mountains in Puntland, ISIS-Somalia has been pictured training in the presence of foreign fighters and is on record for waging attacks in the seaport city of Bossaso. But Sunday's attack was the first one within the Somali capital and could raise security questions.

Elsewhere, Amal bank's Kismayo branch manager Abdullahi Abdisalam alias Shig-Shigow was killed by a man armed with Ak-47 at Alanley area while he was en route to the mosque on Monday noon. The motive behind the murder was yet unclear, but police suspect Al-Shabaab's involvement.

The group has been targeting military officials, government workers, and those believed to be working with the federal government of Somalia. Authorities in Jubaland are still investigating circumstances that led to the murder of the banker who is said to be well known within the region.