Kenya set to reopen Somalia border after months of closure 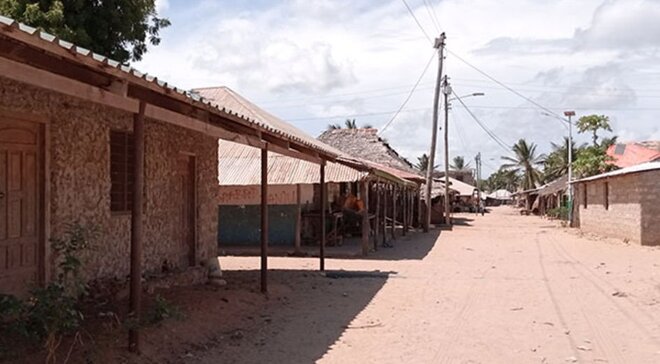 NAIROBI, Kenya - After almost two months of closure, Kenya could reopen it's porous border points with Somalia, a move which would effectively end a quagmire, that has had negative ramification, especially on trade within the two nations.

President Uhuru Kenyatta of Kenya closed the borders in May as a measure to contain the spread of COVID-19 cases, but only allowed restricted movement of trucks that ferry goods across Kenya and Somalia.

The move will enable fishermen from the Lamu region of Kenya to smoothly trade with their counterparts in Somalia, and the government has since hinted at plans to reopen the border. Movements of smugglers, terrorists, and human traffickers also informed the decision to close the borders.

Kiunga cross-border point in Lamu has remained closed for a year now after the government earmarked it as an illegal entry for terrorists, who had been using it as an access point to Kenya when launching attacks against civilians or security forces.

In an interview with reporters on Friday, Lamu County Commissioner Irungu Macharia said plans are underway to allow fishermen and Miraa traders to cross over the border, adding that measures have been put in place to enable reopening of the points.

According to him, the affected parties have been raising complaints for several weeks now, forcing the government to look for means of re-opening the border without necessarily compromising the security situation in Kenya.

Further, he added that he's aware that fishing and tourism, which are key to Lamu's economy, have totally collapsed owing to the Covid-19 pandemic, which has continued to ravage both Kenya and Somalia.

He said in order to revive the affected sectors, the county security committee, the county government leadership, and other stakeholders will soon convene a meeting to seek a way forward that could see fishermen and other traders allowed to cross to Somalia to conduct their activities under strict rules.

Macharia, who is the senior-most government representative from the said, revealed that the government recently issued special passes to the Lamu fishermen conducting activities during Covid-19 curfew hours.

“We’ve been receiving complaints from fishermen that traders in miraa have been allowed to cross into Somalia to sell their commodity yet the fishermen are being told not to because the border is closed," he said.

"Let them know that the border is indeed closed and those alleged to still be crossing into Somalia are simply smugglers taking advantage of the porous border. Our border patrol officers have heightened their vigils in those areas," noted the official.

He added: “We’re planning as the county security committee to convene a meeting with the county leadership and other stakeholders so as to look into the best possible way to go about this”.

While Somalia has close to 3,000 Coronavirus cases, Kenya's number is the highest in the region and as of Friday, close to 4,000 people had been infected. The fatalities in the East Africa nation have hit 117 so far, while Somalia has 87 deaths.

Although he did not reveal specific plans to scale up security, it's however certain that a contingent of Special Forces from KDF has been working from the border. The troops were deployed to Lamu, Mandera, Wajir, and Garissa to combat Al-Shabaab menace.