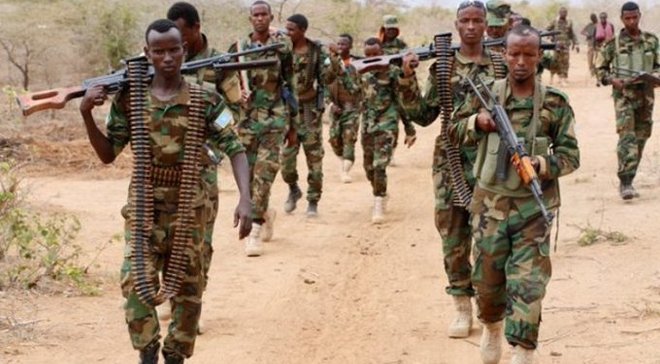 MOGADISHU, Somalia - A senior Al-Shabab leader with a bounty on his head has been killed in the southern region of Somalia, the state-run media said Sunday, August 25, 2019, Garowe Online reports.

The station did not provide further details about how the commander was killed and when.

In 2016, Kenya has offered a Ksh 2 million [20,000 USD] reward for anyone provides information leading to the arrest of Mohamed Dubow who is suspected of masterminding the 2015 Mandera quarry attack.

The death of Dubow could be a blow to the militant group, which in the past years lost senior leaders, including Mohamed "Kuno", the man reportedly behind the attack on Garissa University that killed 148.

Kuno, who is a Kenyan national and an ethnic Somali was killed along with three other commanders in US airstrike in southern Somalia in June 2016.

He orchestrated Garissa University attack happened on April 2015 was the second bloodiest in Kenya since al-Qaeda bombed the US embassy in Nairobi in 1998, killing 213 people.