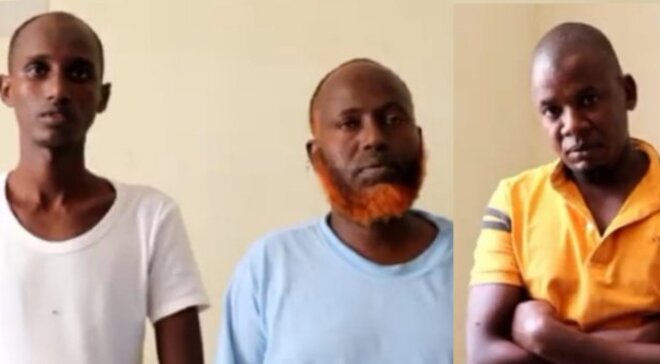 MOGADISHU, Somalia - A Kenyan national was among those sentenced to death by a military court in Somalia, it has emerged, even as the Horn of Africa nation continues to struggle with violent extremism, which has wreaked havoc in the country for over three decades.

Aden Mohamed, 28, who was born in Wajir, Kenya, fought for ISIS affiliate in Somalia since 2017, the court established, leading to his conviction by a military court in Puntland. He worked with the group for almost four years before being arrested by authorities in Somalia.

While it's not clear how he crossed over to Somalia, hundreds of youths from Kenya have been crossing over the porous border of Kenya and Somalia to join extremist groups. However, this is the first major notable case of a Kenyan youth working with IS-Somalia, but cases of those working with Al-Shabaab are rampant.

Aden Mohamed will now serve a death sentence for his involvement with the ISIS affiliate. The group is active in sections of Puntland in Somalia, but the regional security forces have been moving with speed to degrade it, something which appears to have worked in their favor.

In August, the US Africa Command held the first airstrike against ISIS-Somalia in Golis mountains, which is said to have killed over 18 militants. Local security forces also reported that a senior Pakistani fighter was killed during the precision airstrike.

The security forces did not give further details on Aden's involvement with the ISIS-Somalia but Kenya has often struggled to regulate the cross-border of youths to Somalia. Hundreds of youths from northeastern Kenya are believed to be crossing over to Somalia for radicalization.

Also sentenced to death was Abshir Mohamed, 47, of the Al-Shabaab while a 3rd suspect Mohamud Shiniyow slapped with 20 yrs in jail by Puntland military court for assassinations in Bosaso and attacks in the state. The three, however, can still appeal the sentences.

In recent months, both Al-Shabaab and IS-Somalia have increased attacks in Puntland, a state which has traditionally been the most stable and secure. The recent involvement of the Somali National Army and the US Africa Command could restore peace within the state, analysts say.