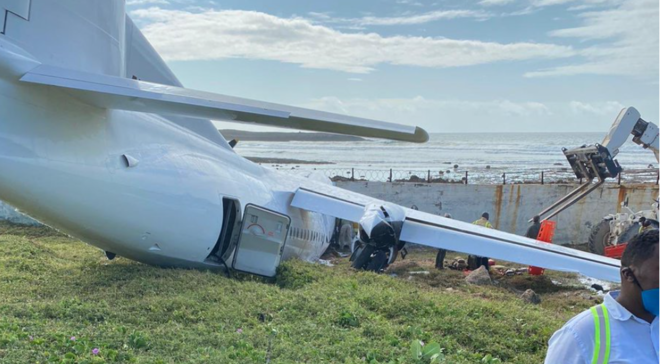 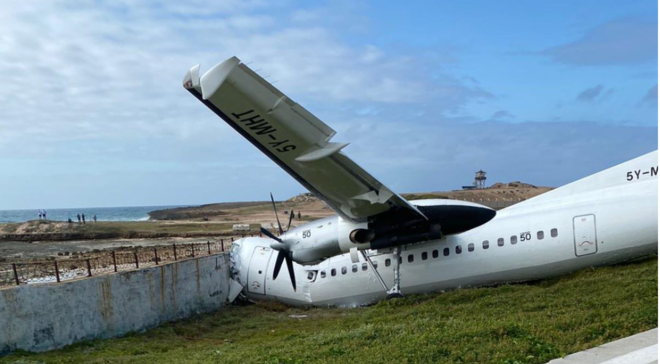 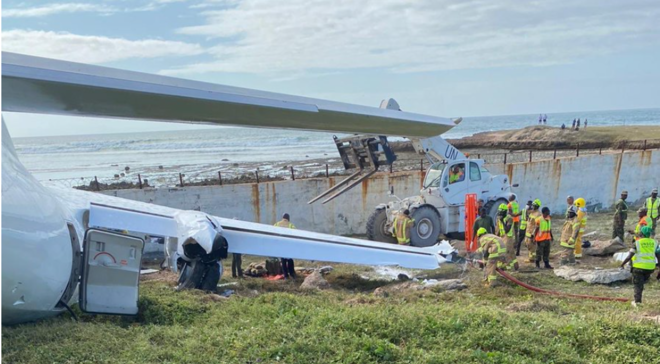 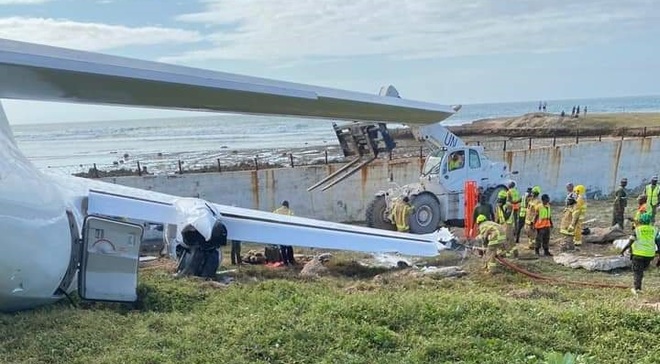 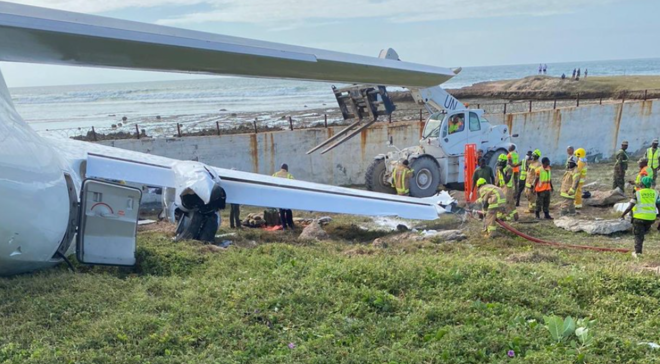 MOGADISHU, Somalia - An aircraft registered in Kenya crash-landed at Aden Adde International Airport on Saturday morning, authorities in Somalia said, adding that the plane had taken off before it crashed within the airport zone, in an incident which adds to increasing aviation accidents in Somalia.

Reports indicate that two of the four crew members were seriously injured but they have since been stabilized in a Mogadishu hospital. The aircraft is owned by Silverstone airlines, an aviation commercial which operates within East Africa, an eyewitness said.

The aircraft took off from the Aden Adde International Airport early in the morning and was reportedly headed to Beledweyne, central Somalia but the pilot was forced to return back to the airport before the plane crash-landed, officials added.

Insiders say that the aircraft could have developed a mechanical problem thus forcing the flight crew to make a U-turn on the skies. Pictures from the scene show the plane on the ground just inside the airport area, and excavators had been deployed to clear the scene.

The aircraft veered off and crashed into a concrete barrier during the landing attempt when it was about to land, reports indicated. A fence within the perimeter of the airport was badly dismembered. Photos showed that only the front part of the plane was badly smashed.

Somalia's civil aviation authority is investigating the accident, officials said. The crash is the fourth involving Kenyan airlines in accidents in Somalia this year, further raising serious issues about the safety of Somalia skies, but this particular incident was triggered by mechanical challenges.

Two of the previous incidents involving Kenyan aircraft were triggered by external forces. For instance, on May 4, a Kenyan plane was brought down by Ethiopian National Defense Forces [ENDF] in Bardale, causing a rift between Kenya and Ethiopia, but the Addis Ababa authorities have since apologized

In a statement, ENDF claimed that the plane was mistaken for advancing Al-Shabaab militants who were keen to blow an army base despite reports indicating that they were privy to the details of the flight. And within the Bay region, another aircraft was attacked by Al-Shabaab militants.

Silverstone airlines have also been dealing with safety challenges in Kenyan space given that last year, Kenya Aviation canceled its license over non-compliance. Two of its aircraft were involved in accidents at Wilson Airport and Eldoret respectively, causing national outrage.

Early this year, Somali authorities also revoked the licence for the Silverstone Airlines after it emerged that it was ferrying Khat to the country despite restrictions by authorities. The latest incident could further lead to proper surveillance of planes operated by the aviation giant.