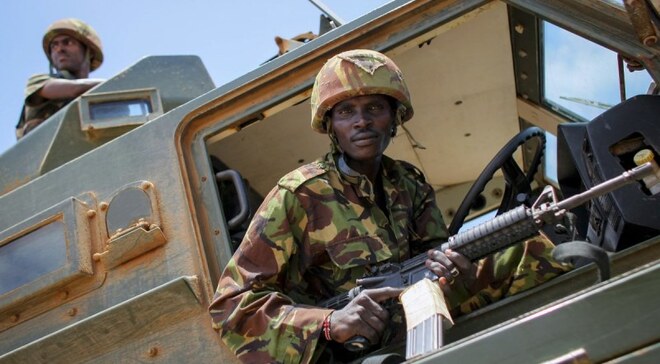 MOGADISHU, Somalia - The Kenya Defense Forces [KDF] has released three of eight Somalia citizens who were allegedly abducted by the team which serves in the Gedo region, it has emerged, weeks after hundreds of locals plunged into streets to protest against what they termed as a violation of human rights.

Residents of Balad-Hawo and El-Wak had protested against the disappearance of the eight people and the death of one, sanctioning the Somali government to investigate circumstances that led to their "abduction" by the Kenya security forces along the porous border.

In response, the Somali government tasked a committee to investigate circumstances under which the victims disappeared before recommending appropriate action. Protests had lasted for almost three days, prompting the deployment of more Somali National Army officers in the region.

The committee, which led by the Jubbaland security minister for state, Mohamed Abdi Kalil, has been in negotiations with the Kenyan government for the release of the Somali civilians taken by the Kenyan security forces.

Reports indicate that the eight people were taken from around the town of El Waq along the border between Somalia and Kenya. The committee now says one of the eight Somalis died in the hands of the Kenyan soldiers who took them, while three were released.

Currently, the Committee is working on the release of four other individuals who are still in the custody of the KDF. It is not clear why the KDF, which operates under Sector II of the AMISOM, took the eight people into custody, but some reports indicate that they were linked to the Al-Shabaab.

Protests were held in El Waq, Beled Hawo, Gabaharey, and Dolow towns, all in the region, calling for the expulsion of Kenyan forces from the country. However, tensions in the towns have been brewing since February when Mogadishu first deployed SNA to the region.

In the border town of Beled Hawo, the tensions led to at least two incidences of exchange of gunfire between the Somali National Army and Kenyan Defence forces. The committee itself was at one point rejected in El Waq, with locals saying they did not trust the Jubbaland administration, a close ally of the Kenyan government, to conduct a satisfactory investigation.

KDF is planning to withdraw from Somalia after the implementation of the Somali Transition Plan [STP ] which is expected to be completed in December 2021. However, President Uhuru Kenyatta warned that the forces could stay longer should security in Somalia deteriorate.

Somali National Army has also been at loggerheads with Jubaland security forces within the Gedo region after the administration in Kismayo accused President Mohamed Abdullahi Farmajo of plotting to topple his local administration. JSF works closely with KDF.