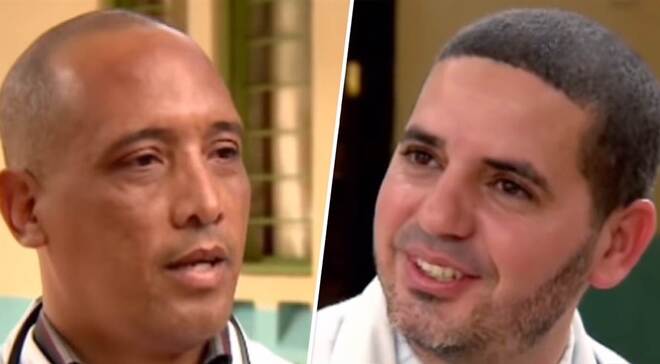 MOGADISHU, Somalia - Two Cuban medical practitioners kidnapped by Al-Shabaab militants have been released,18 months after their dramatic abduction, which raised eyebrows about the medics' safety in Kenya, where their government had entered an agreement with Nairobi as part of boosting bilateral ties.

Surgeon Landy Rodríguez and general medicine specialist Assel Herrera were kidnapped on April 12, 2019, when the car in which they were traveling to the hospital in the border town of Mandera was attacked by alleged members of the terrorist organization Al-Shabaab.

A contingent of Kenya Defense Forces [KDF] drawn from the Ranger Squad and the Special Forces have been tracking the two doctors, but the Kenyan government has been cautious about releasing progress report to the members of the public. However, reports emerged last year that the two were located at a village in Gedo, within Jubaland state.

Security reports indicated that the Kenyan government had reached out to community elders from both sides of the border to negotiate for their release, something which informed Al-Shabaab's decision to ask for $1.5 million as ransom, which was rejected by Nairobi. However, the Kenyan government would later deny the reports.

But after months of such and rescue, the Cuban government issued a preliminary report last year which indicated that the doctors were "alive and jovial" in a statement that was published by several media houses on the communist island. In between, the governments of Somalia, Kenya, and Cuba have been working for their release.

Over the weekend, Associated Press reports, the two medics were released by the Al-Shabaab and are currently under the custody of Somalia's spy agency, National Intelligence Security Agency [NISA], which is said to have played a key role in negotiating for their release.

A senior Somali intelligence official told The Associated Press that the doctors were released over the weekend after months of negotiations with their captors. He declined to give further details. The official spoke on condition of anonymity because he was not authorized to speak to the media.

Several sources told the AP that Somali intelligence, acting at the request of the Cuban government, negotiated for the doctors’ release after it obtained a video showing them a few months ago. The search and rescue of the two doctors have been largely a top-secret among all the concerned stakeholders.

Bruno Rodríguez, Cuba's Foreign Affairs Minister, took on Twitter on October 5th to inform the public about the progress in rescuing the medics. The minister said that he had shared with his Somalia counterpart Ahmed Ise Awad about the two Cuban doctors kidnapped almost a year and six months ago while working in Kenya.

“I had a telephone conversation with Somalian Foreign Minister Mr. Ahmed Isse Awad. I appreciated the support and efforts of his government to guarantee the safe return of our kidnapped doctors,” he said in a statement published on his verified Twitter account.

Rodríguez also said that during the dialogue with his Somalian counterpart, they agreed that they will "strength bilateral ties" between Mogadishu and Havana for future cooperation. He didn't mention specific areas but Cuba is known for "renting" her medical workers in other countries for healthcare improvement.

During the sophisticated attack, just a few kilometers from Mandera Referral Hospital, a bodyguard attached to the doctors was killed on spot. Authorities in Nairobi would later arrest the driver of the two doctors over claims that he planned the abduction and he's since in and out of the court.

Since then, the island’s highest authorities have maintained frequent telephone contacts with the Nairobi and Mogadishu governments to discuss the possible release and “safe return” home of the medical collaborators. The presidents of Cuba and Kenya spoke last June about the efforts to free the two doctors from the island kidnapped in the African country.

At the time, the Somalia-based al-Shabab was suspected of the kidnapping. The extremist group has vowed retribution against Kenya for sending troops to Somalia to fight the extremists, something which has contributed to frequent attacks on Kenyan territories in northeastern and coastal regions.

Currently, there are close to 3,500 KDF troops stationed in Sector II and VI of AMISOM jurisdictions within Jubaland. Since the incursion, the KDF troops have been hailed for containing the Al-Shabaab attacks in the Horn of Africa nation, but have often been accused of violating human rights.

The KDF troops are set to leave the country in 2021 under the Somali Transition Plan [STP] but there are chances of extending their stay should the Somali National Army fail to fully take over security responsibilities. KDF plans to withdraw and retreat back to the porous border.

The release of the doctors could further raise questions about the association of NISA agents with Al-Shabaab given that it's the two teams that negotiated. Early this year, KDF accused the NISA operatives of allegedly sharing intelligence with Al-Shabaab, a claim which was dismissed by the Somalia government as "false and misleading".