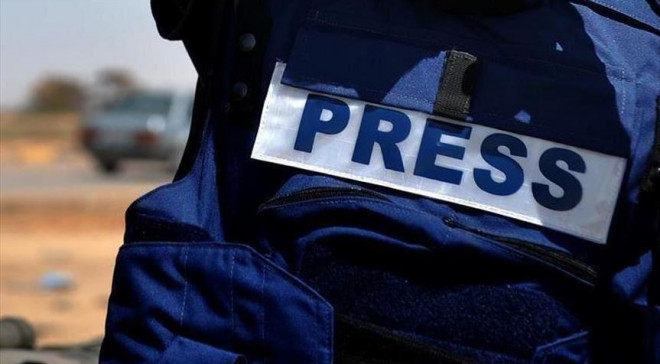 MOGADISHU, Somalia - The National Intelligence and Security Agency of Somalia [NISA] stepped up attacks on journalists reporting on the current political situation on the ground in a pre-election crackdown

A group of NISA soldiers on Monday raided Somali Cable TV offices in Mogadishu, raising issues about freedom of press and media which has been a topical issue in the past two years, following persistent complaints from members of the press.

The officers stormed into the offices of the station in the evening causing massive damage to the equipment as others pointed pistols at some of the staff members. NISA agents pointed loaded pistols at staff head and assaulted them in the station," said the TV's director.

Journalists who were arrested are still in police custody and are yet to be presented before the court according to officials. The NISA agents are yet to respond to inquiries from journalists who are demanding justice for their colleagues.

Freedom of the press is usually not guaranteed in the country and in the last few months, the media team has been asking the government to guarantee security in the upcoming elections. The country is yet to hold elections due to a pre-election standoff.

For the last year, over ten journalists have been arrested arbitrarily as the government intensifies a crackdown on members of the media. The government accuses some of them of being "anti-development", a claim which cannot be substantiated after all.

President Mohamed Abdullahi Farmajo whose mandate expired on Monday, February 8 has often defended himself over allegations that he's been muzzling freedom of the press. Somalia is one of the most difficult nations to in as a journalist according to Amnesty International.

Apart from being targeted by government agents, the reporters have often come under attack from Al-Shabaab militants. NISA agents have often been accused of plotting against the media in the protection of term-ended President Mohamed Abdullahi Farmajo.

Somalia is well-known for muzzling free speech and harassing independent media. Already one of the worst-performing countries in Africa on press freedom, the situation has continued to worsen over the last few years.