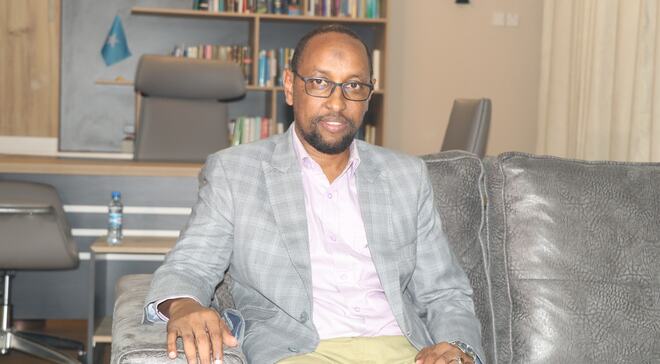 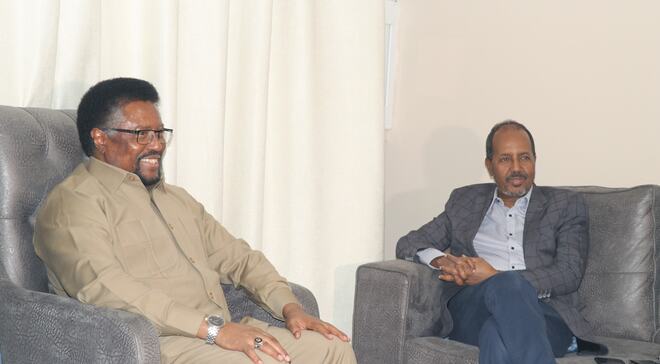 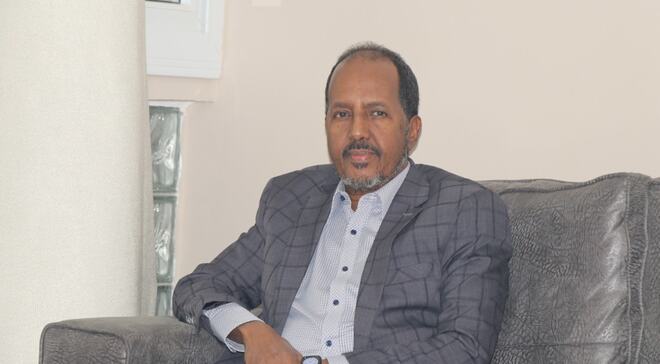 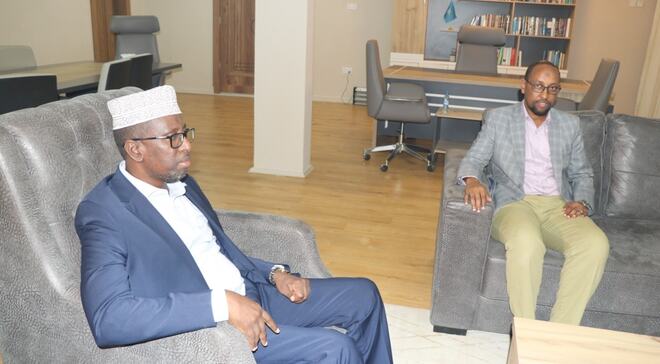 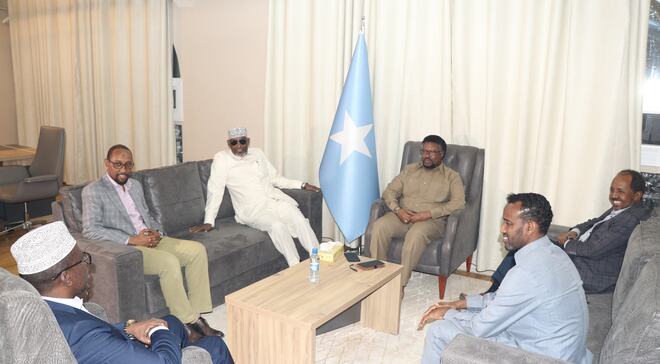 MOGADISHU, Somalia - Lower House Speaker Mohamed Mursal Abdirahman held a closed-door meeting on Tuesday night with the Forum for National Parties [FNP], a conglomerate of six opposition parties, which has been critical of the ouster of former Prime Minister Hassan Ali Khaire, who was kicked out by MPs on Saturday.

Former Presidents Sharif Sheikh Ahmed and Hassan Sheikh Mohamud, who are the substantive leaders of FNP, met the speaker on Tuesday, amid growing tensions in Somalia's political arena, which has been escalated by the failure by the country's leadership to settle on the appropriate model for upcoming elections.

Sources privy to the meeting said the three leaders discussed the current electoral impasse in Somalia, which has also been partly triggered by the removal of Khaire, who was central in the ongoing talks between the federal government and member states over the electoral model.

Previously, the two leaders have met the speaker of Lower House, which has often been accused of derailing plans to hold timely elections. In recent months, Somalia's opposition and FMS blamed the Lower House for "blatant" approval of the electoral laws without consulting stakeholders.

During the chaotic parliamentary session on Saturday, Khaire was removed by MPs who accused him of among others, failing to give a roadmap for one-person-one-vote elections. While the MPs want universal suffrage polls, FMS and the opposition insist that the model would lead to term extension for the current administration.

But the removal has attracted retribution from both local and international partners who accuse the Lower House of conspiracy to delay elections. Both Sharif Sheikh Ahmed and Hassan Sheikh Mohamud condemned the ouster of the PM, who was openly against extending the term for parliament and executive.

In a statement, the Forum for National Parties [FNP], insisted that the removal of Khaire "disrupts and destroys" Dhusamareb deal, adding that the move would also pave way for "illegal" term extension by the current administration of President Mohamed Abdullahi Farmajo.

Hassan Sheikh Mohamud had termed the ouster of Khaire "tragic", adding that the scenario would plunge the country into political chaos. Farmajo, Sheikh Mohamud said, is planning for a term extension by sticking to universal suffrage model despite the country's unpreparedness.

"Unconstitutional extension is not an option. Trying delay tactics will only make the situation from bad to worse. It is the redline one should not attempt to cross. The situation looks bleak, am sure Somali people will always keep the candle of hope lighted," the former president said.

But Farmajo seemed to blame the estranged former PM's predicaments on executive-legislature wrangles, arguing that they were undermining progress in the federal government of Somalia. It was anticipated that he would prevail upon MPs to spare Khaire.

"The rift between the government and the legislature is undermining the progress that has been made, and to that end, I've decided to consider the decision by House of Representatives as the foundation of our nationhood," he said despite the fact that no differences between parliament and executive had been reported.

However, Garowe Online could not independently ascertain the claims.