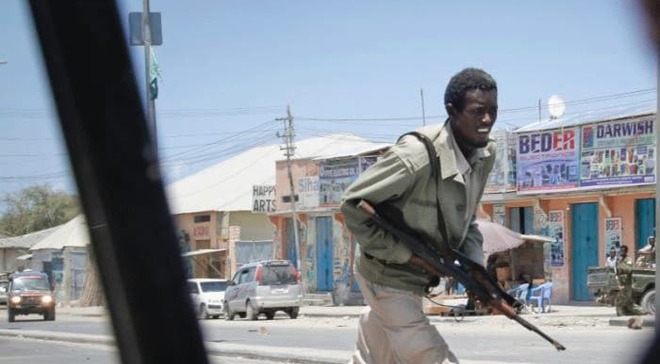 MOGADISHU, Somalia - A suspected Al-Shabaab bomb attack was thwarted by police in Somalia on Saturday, a top official said, in what could have been tragic to the country which is struggling to establish a functional government.

Sayid Doodishe, the police commander in Bal'ad town, said officers from elite squad detonated an Improvised Explosive Device [IED], which would have been catastrophic to civilians in the region.

Police, he added, were taking patrol in the town, which has been a hotspot of Al-Shabaab attacks in recent weeks, when they came across the explosive, just within one of the busy streets, often used by civilians.

"We shall continue patrolling the time for the sake of ensuring residents are protected from these harmful people who are out to kill innocent people. Their schemes will always collapse because people no longer value their ideologies," he added.

In the past few weeks, Bal'ad has been a battlefield for security forces who are carrying operations against the militants and has recorded many fatalities. Somali National Army's Danab forces have been leading the operation.

A fortnight ago, at least five SNA soldiers died when their vehicle drove on IED in the vicinity of Bal'ad town, a move which triggered a massive crackdown in the region which is found about 30 kilometers north of the capital, Mogadishu.

Days before, SNA troops had also raided a village in the vicinity of Bal'ad town, killing eight civilians among them seven aid workers. A commission of inquiry has since been established to investigate the incident, which attracted international retribution.

Al-Shabaab has been unleashing on security forces and civilians in the past three months despite calls for a ceasefire by UN Secretary-General Antonio Guterres, who asked all armed militants to allow the world combat Coronavirus pandemic.

On Friday, the Al-Shabaab announced setting up a COVID-19 isolation center in their stronghold; Jilib town, which also serves as their headquarters. The militants have also come up with a hotline that residents are supposed to use when reporting such cases.

Despite their continued aggression, the Al-Qaeda linked group has been substantially weakened due to ongoing operation by security forces, a move which has led to mass defections. The US has conducted over 40 airstrikes in Al-Shabaab strongholds this year.

The incident at Bal'ad town also comes at the time several Al-Shabaab operations have also been foiled especially in Jubaland. The Jubaland forces repulsed separate attacks in Bilis Qooqani and Dhobley early this month with the aid of the Kenya Defense Forces [KDF].