Pressure piles on Govt to release protestors arrested in Somalia 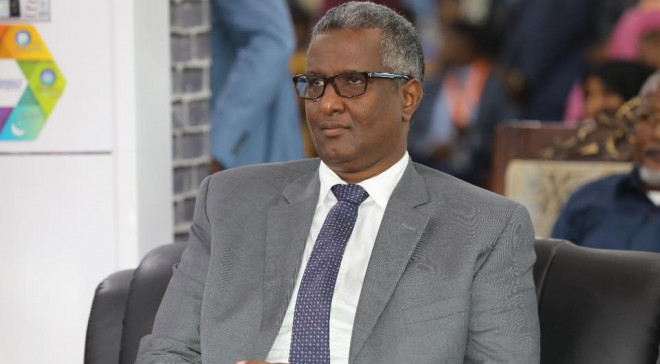 MOGADISHU, Somalia - The government of Somalia has been accused of violating the basic freedoms of locals in Beledweyne, in the Hiran region within Central Somalia following the arrest of over 30 community activists, over increasing protests against the regime of President Farmajo.

For the last few months, Farmajo has been under pressure from various quarters, with civilians disapproving of his administration, usually in form of protests. Similar scenarios have been witnessed in Mogadishu, the country's capital city which also hosts the government.

The protestors were arrested almost at the time several government ministers were expected in the region and this triggered protests within the town, as Somali National Army and the forces from the AMISOM engaged them in running battles.

Abdirahman Abdishakur who is the leader of the Wadajir party, now wants the protestors released unconditionally, arguing that it was their constitutional right to express their dissatisfaction against the government led by President Farmajo.

"We have learned that 30 community activists have been detained in Beledweyne. I call on the leaders of the FGS to free those people," said Abdishakur, who is the official opposition leader in Somalia, and a critic of Farmajo.

"It's a constitutional right to express dissent through peaceful demonstration. It's unlawful to use SNA and AMISOM to suppress and intimidate the people," added the firebrand leader, who is set to run against Farmajo in the coming elections.

The AMISOM forces who are said to be engaging the protestors are from Ethiopia according to those in the know-how. Ethiopia has been for a long time accused of helping President Mohamed Abdullahi Farmajo to suppress the rights of innocent people in the country.

However, the Federal Government and the AMISOM are yet to respond to the allegations which come amid an ongoing pre-election stalemate in the country. On Sunday, Abdishakur claimed that the AMISOM troops were advancing the agenda of the president.

"I condemn the acts of suppressing the voice of the people of Hiiraan. I call on AMISOM and Ethiopian forces to refrain from using force to advance President Farmajo's personal interests. Opening fire on peaceful protesters is a crime that has become the norm during Farmajo's rule," he noted.

The country is set to go for polls in the coming weeks but the plan has been paralyzed due to the disagreements between the government and the opposition. Neither of the parties is willing to strike a compromise despite pressure from the international community.