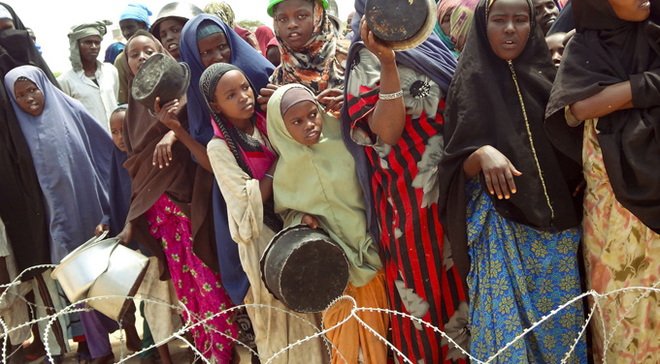 MOGADISHU, Somalia - Somali security forces are searching for two local aid workers who were kidnapped by gunmen believed to be Al-Shabab members in the south-west of the country, Garowe Online reports.

The Somali nationals, Mohamed Suubow and Abdhullahi Rashiid doing work paid for by the Trocaire and World vision were abducted in Geedweyne, 30Km east of Dolow town in Gedo region near Kenyan border on Tuesday, May 14.

The province, where the kidnappings occurred, is one of several areas where al-Shabab militants say the humanitarian agencies have been delivering aid to people facing starvation.

The two aid workers came under attack while on a humanitarian mission in the remote village of Geedweyne and they were taken to an undisclosed location in the rural areas controlled by Al-Shabab, according to sources.

Negotiations between local clan elders and the abductors are said to be underway for their release.

No group has yet claimed responsibility for their abduction, but authorities blamed militants of al-Shabaab, the al-Qaeda-linked terrorist group.

In May 2018, unidentified gunmen kidnapped a German nurse, Sonja Nientiet from the International Committee of the Red Cross [ICRC] in the Somali capital, Mogadishu and her whereabouts still unclear.

Abductions and killings of Somali aid workers are common in the Horn of Africa country, but targeting foreign workers has become less frequent in recent years as security has improved.

In 2011, the Somalia-based extremist group banned 16 aid organizations, including half-dozen UN agencies from areas it controls in south and central of the country for "illicit activities and misconducts".

Al-Shabab's ban on aid groups falls in line with its skeptical view of the outside world but will worsen the suffering of the hundreds of thousands of Somalis who have come to depend on aid.