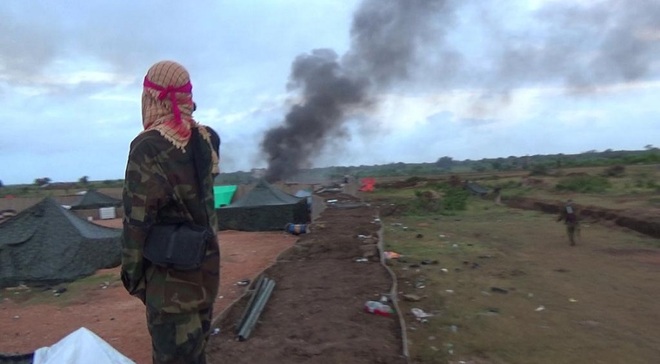 MOGADISHU, Somalia - A senior Al-Shabaab commander became the latest victim of joint operations by the Somali National Army [SNA] and the US Africa Command targeting terrorists in Somalia, a top General said, adding that the killing of the militant brings to an end years of search and tracking.

Gen. Ismail Abdimalik, a senior Danab commander, told SNA Radio that the army waged an operation at Daru-Salam area in Lower Shebelle killing several militants among them a top Al-Shabaab operative who is believed to be a trainer and an explosives expert.

According to the veteran officer, the militants were holding a meeting at the vicinity of Saakow town, a notorious hideout for the Al-Shabaab when the raid happened. He thanked thanked the US army for helping Somalia to launch persistent attacks against the Al-Shabaab.

"We are glad that such operations are yielding fruit no matter the casualties," he told SNA Radio. "We managed to kill a number of militants on ground combats and obviously, the airstrike left one most wanted militant dead, and this is a tremendous achievement for the team."

According to Somalia government media outlets, the terrorist was identified as Abdulkadir Commandos and had been on the military radar for a while. Interestingly, his life was terminated in Saakow, not far from where another notorious Al-Shabaab operative Bashir Qorgab was killed early this year.

In a statement published later on Tuesday, the US Africa Command [AFRICOM], confirmed the Saakow airstrike saying that it targeted "senior" Al-Shabaab leader but did not disclose the name. The Somali government had labelled Commandos a "security threat".

Further, the command added, it assessed that no civilians were injured or killed as a result of this airstrike. Previously, there have been allegations that such airstrikes usually target innocent civilians but in a quarterly report tabled recently, AFRICOM only took responsibility for the death of two civilians.

Since January, the US Africa Command has carried out at least 45 airstrikes in Somalia, the highest ever within the same period compared to other sections of the world. Besides Commandos and Bashir Qorgab, the US also managed to eliminate Yusuf Jiis, another notorious Al-Shabaab operative in Somalia.

U.S. Africa Command continues to work with its Somali partners to transfer the responsibility for long-term security in Somalia to the Federal Government of Somalia and its Member States, added the command, which has close to 500 soldiers in the Horn of Africa nation.

This comes after Jubaland spy chief Col. Khalid Abdullahi told reporters over the weekend that top Al-Shabaab commanders are embroiled in what could break the group, which has been causing havoc in the Horn of Africa nation, adding that the murder and detention of another militant has significantly contributed to the impasse.

Abdullahi said the rift emerged after the death of Abdifatah Barre, who was a senior commander in Jubba regions, and was respected among the top echelons of the group. He said a section of the militants have threatened to decamp following Barre's execution by the militants.

"They are in a deep problem and this is occasioned by the execution of Barre early this month. He was one of their most trusted fighter and the death has brought about the current divisions. We are aware that some now want to quit the group," said the intelligence chief.

Khalid's claims comes barely a fortnight after Barre's death was reported but the government of Somalia could not immediately confirm the news. At Lower and Middle Juba regions, the commander was feared by both civilians and militants working under his command.