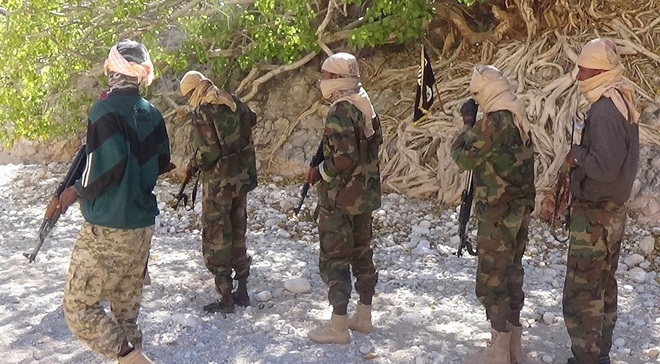 MOGADISHU, Somalia - An Al-Shabaab operative behind rampant forceful taxation in southern Somalia was killed by security forces following a sophisticated operation in Lower Shebelle, reports indicate, in the latest setback against the Al-Qaida linked group, which has continued to wreak havoc across East Africa.

Salad Dheere, officials said, was killed after security forces raided BulaHawo Galgaleed village near Bardale, a town within the Southwest state, which is manned by Ethiopian National Defense Forces [ENDF] and a contingent of Somali National Army [SNA], who work jointly with regional troops.

The militant, sources within the military said, was one of the most sought Al-Shabaab operatives, with intelligence reports linking him to recruitment and training of young people from the region. He was also tasked to collect revenue and pay fighters, they said.

Dheere was killed on Friday but it is not clear if the Ethiopian National Defense Forces participated in the operation, or it was solely done by SNA troops, who have been expanding their base in the southern part of the country, which has played host to the militants for several years.

The Al-Shabaab has been erecting roadblocks in regions under its control where residents have often been forced to part with money, which is partly used to sustain the militant's activities. Zakat taxes finance most of Al-Shabaab's activities in East Africa.

During the incident, another militant who had been working closely with Dheere was severely wounded, authorities said. An AK 47 rifle was recovered and the injured militant is still under the custody of the military there he's likely to be tried in compliance with military traditions.

It is in Lower Shebelle that security forces have intensified their crackdown against Al-Shabaab, leading to the liberation of many villages in recent months. One of the strategic towns which were captured includes Janaale, which was considered as an Al-Shabaab revenue center.

On Thursday, the US military conducted an aerial operation within the Lower Shabelle region, where another militant was killed. According to a report released by the US Africa Command, a checkpoint that was also used for revenue collection was destroyed in the region.

Dheere's death comes amid intelligence reports revealing cracks within Al-Shabaab over the control of finances. According to the reports, group leader Ahmed Omar Diriye had fallen out with chief financial controller Mahad Karate as the group struggles to sustain its operations.

The fallout, reports added, triggered the expulsion of Mahad Karate from the group, leading to a fierce fightback by militants from his clan. The group's finances have dwindled to an extent that a number of militants have since surrendered, reports added.

Later on Friday night in Kurtun area within Bardale, a prominent villager called Beyhaal Haji was killed following a fight between Al-Shabaab and some villagers from Jameecada Reerbannaani. According to reports, the villagers were retaliating following the abduction of three religious leaders.

In response, the villagers killed two Al-Shabaab militants forcing others to flee from the scenes. Security forces have since been deployed to the region where they are conducting a man-hunt for the Al-Shabaab, who are believed to be hiding in nearby villages.

Since 2008, Al-Shabaab has been fighting to topple the fragile UN-backed Somalia government, which has struggled to stamp its authority by securing regions under the militants. In their territories, Al-Shabaab has established parallel administration.

The Somali National Army has been depending on backup from the African Union Mission troops in Somalia, whose tenure expires in 2021. The mission troops who are drawn from Kenya, Ethiopia, Burundi, Uganda, and Djibouti will formally handover their responsibilities to SNA in January 2021 according to the Somali Transition Plan.