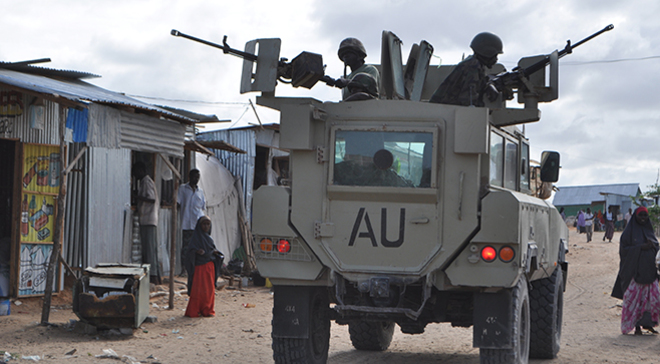 The remote-controlled bomb struck an armoured personnel carrier (APC), according to an eyewitness who spoke to GO on a condition of anonymity.

"The landmine was planted beside the road and struck an Armored Personnel Carrier belonging to the Burundi’s troops serving under the African Union, but I can't confirm the casualties,’’ he added.

AMISOM did not comment on the attack, which was the latest in series of attacks by the Al Qaeda-affiliated Al-Shabaab militants group against Somali government troops and AMISOM convoys in southern Somalia.

In a separate incident on Wednesday, three civilians was killed when a bus struck by a landmine bomb at Wirkoy area located north of Kismayo, the regional capital of Jubaland state.

The bus was transporting food consignment to Kismayo and run over a landmine bomb planted on the roadside killing 3 people including the driver and a woman, a resident told GO. The planted landmine is believed to be targeting government forces and AU troops in Southern Somalia.

Al Shabab militants group is attempting to topple the western backed Somalia's government and in the past few weeks it have intensified attacks against government officials, security forces and AMISOM troops as well at their camp.