Seven killed in Al-Shabaab's clash with SNA troops in Somalia 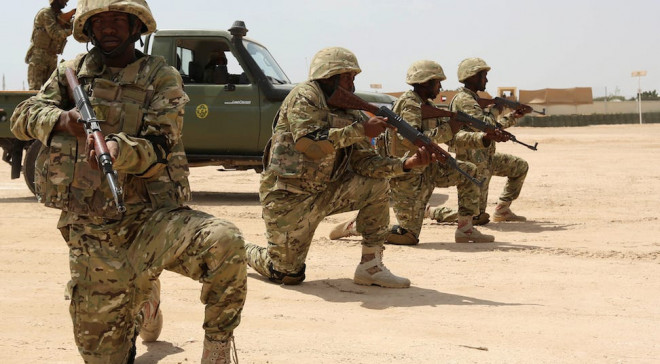 MOGADISHU, Somalia - A battle ensued between the Somali army and the Al-Shabaab in southern Somalia on Tuesday, in yet another confrontation that portrays the country as fragile and incapable of controlling its own security that has been a borne of contention for several years.

Reports indicate that a gunfight between the federal troops and Al-Shabaab ensued in the vicinity of Doonka between Afgoye and Wanlaweyn, where the militants are said to have faced an ambush from the militants who are seeking to control the country.

The clashes, eyewitnesses said, occurred after government forces on patrol encountered militants who wanted to attack trucks carrying charcoal along the route. There is a heavy presence of government forces in the region who are responsible for security protocols.

It has since been established that at least seven people were killed in this confrontation between government forces and Al-Shabaab in Doonka area on Tuesday. The total number of casualties is yet to be published by authorities in the region.

Two charcoal truck drivers are among the victims. Three charcoal trucks have reportedly overturned as they attempted to escape the militants, but it's not clear if the Somali National Army [SNA] suffered casualties during the battle, which is almost the tenth incident involving Al-Shabaab this year.

Al-Shabaab militants still control large swathes of rural central and southern Somalia despite efforts to degrade them. However, the militants have also lost considerably to the allied forces in the country especially in Jubba and Shebelle regions.