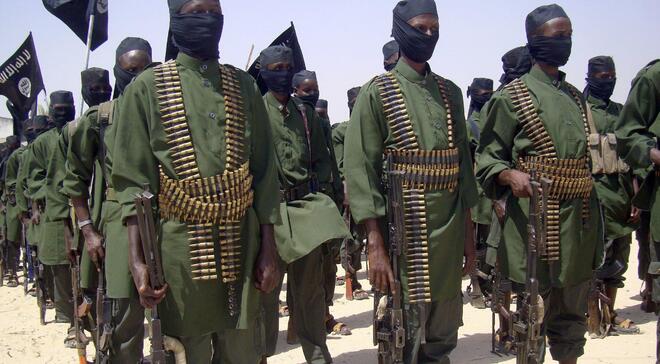 MOGADISHU, Somalia - Fierce gunfight erupted on Friday after Al-Shabaab villages were descended upon by members of the Somali National Army [SNA], officials said, in what is part of the ongoing operations across the country where members of the security forces are keen to eliminate the Al-Shabaab threat.

For the past seven months, the SNA troops in conjunction with African Union Mission Forces and the US Africa Command have been raiding Al-Shabaab hideouts across Somalia, with the main focus being the central and southern part of the country, military officers said.

At Galgadud in Galmadug state, the military is said to have attacked Al-Shabaab resulting in a fierce gunfight. Several militants and their commanders were killed on spot but it's not clear how many died, although eyewitnesses said the number could be more.

No member of the Somali National Army died during the encounter, officials added. The Al-Shabaab hideouts were completely obliterated and the military has since launched another operation to comb the area so that it's opened to the general public and the humanitarian team.

Al-Shabaab still controls large swathes of rural central and southern Somalia, but the recent crackdown by the military has significantly neutralized them. The militants are believed to be fighting to topple the fragile UN-backed Somalia government.

Currently, there are close to 7,000 active Al-Shabaab fighters in Somalia, and the majority of them are said to be looking for a way of ditching the militants. A strong contingent of the African Union Mission Forces and those from the US Africa Command have been striving hard to eliminate the militants.

The Somali government is hoping that the operations will help the military to have a firm grip on the country ahead of the anticipated exit of the foreign troops from the country. The Somalia government has often persuaded the foreign military to stay longer, but the African Union is keen to withdraw by the end of next year.