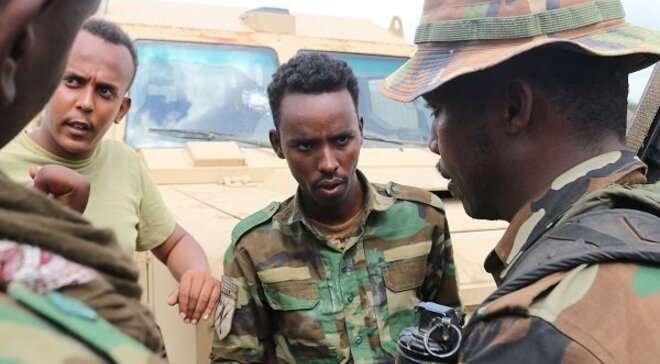 MOGADISHU, Somalia - The Somali Special Forces of Danab on Sunday carried out an operation in Middle Shebelle, one of the worst affected regions in the ongoing crackdown and managed to kill at least three notorious Al-Shabaab militants, a top army official told military radio, adding that none of SNA soldiers was injured.

According to General Ismail Abdimalik, the Commander 16th Unit for Danab said the operation was carried out at El-Gellow area in Middle Shebelle and it's part of the ongoing countrywide crackdown against Al-Shabaab militants who have wreaked havoc across East Africa, leaving thousands of civilians and security officers dead.

The three Al-Shabaab militants, Gen. Abdimalik told the SNA radio, were killed while planting landmines in one of the roads. Usually, the militants use landmines along busy supply routes when waging sophisticated attacks against security forces and civilians.

“During the operation, we killed three militants and destroyed landmines they were planting on the road,” said the general, who has been coordinating operations against the Al-Shabaab at Middle Shebelle, one of the regions considered to be an Al-Shabaab hotbed.

He said that the operation will continue until the group is wiped out of the region. The latest operation comes came barely three days after the Somali security forces killed 10 Alshabab militants in another operation in the outskirts of Bosaso town in the northeastern region of the Bari region.

The militants who are affiliated to Al-Qaeda control much territory in rural areas in Somalia and are fighting the internationally recognized central government since 2008 to establish Islamic Sharia-based in their own interpretation.

On Monday, the Danab troops also killed a senior Al-Shabaab commander Abdulkadir Commandos in a joint operation with the US Africa Command in Saakow, another Al-Shabaab hotbed in Lower Shebelle region. The operation was hailed by AFRICOM in a statement on social media.

Al-Shabaab has close to 7,000 active fighters mainly in rural areas of central and southern Somalia but cannot wage successful ground combats due to the fact that they have been significantly degraded. Throughout this period, Al-Shabaab has killed over 5,000 civilians and security forces.