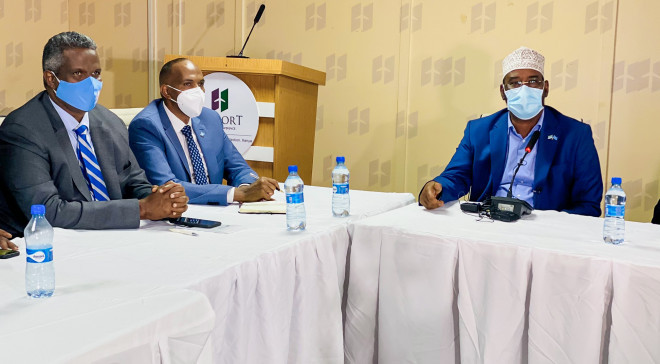 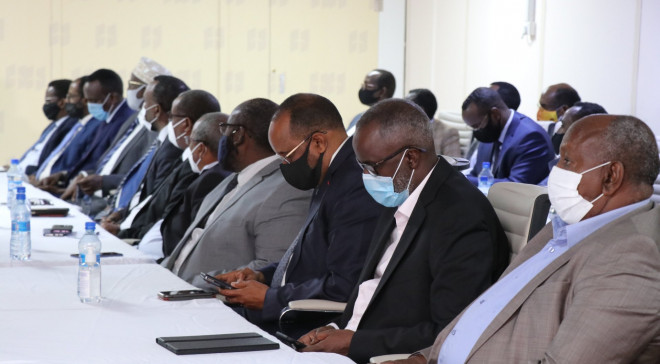 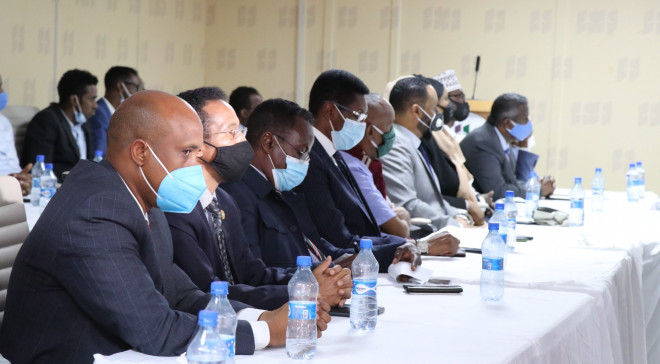 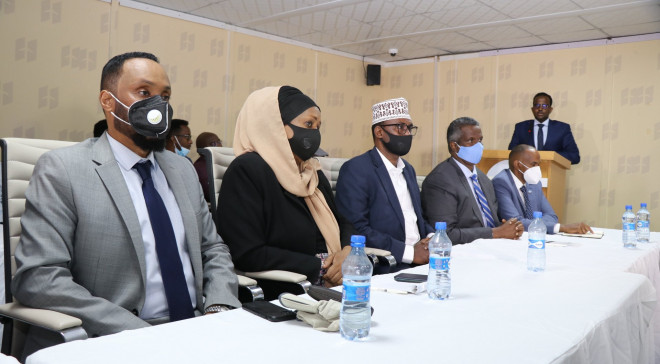 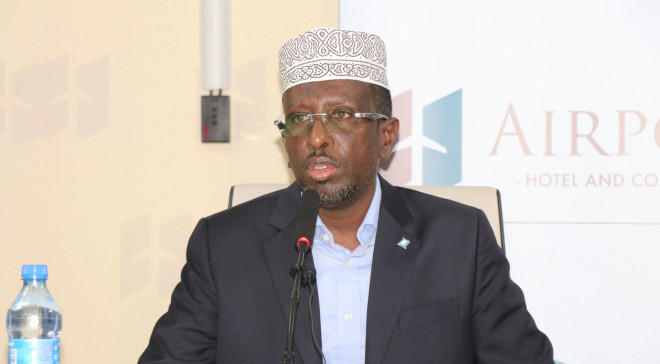 MOGADISHU, Somalia – The opposition candidates in Somalia team up with some Federal Member States in declaring the formation of a national salvation council [NSC] on Thursday.

The NSC picked an executive leadership board made up of Senate Speaker Abdi Hashi, former president Sharif Sheikh Ahmed and leaders of Puntland and Jubaland Said Deni and Ahmed Madobe respectively.

In a statement, the NSC said the formation of this council aims to lead Somalia to stable, peaceful, and inclusive elections after the country missed two deadlines for the vote that prompted an electoral crisis.

“Today, we established the National Salvation Council which brings together Puntland and Jubbaland regional states, the Council of Presidential Candidates' Union and Somaliland Political Council,” Abdirahman Abdishakur Warsame, one of the presidential candidates.

The announcement of the coalition came after the parties held separate meetings in the capital over the past few days as the international partners are pushing Somali leaders to convene an inclusive dialogue.

The opposition candidates are uniting their voices with the Federal States to attend the planned talks that will focus on ways to find a common solution to the contentious issues surrounding the upcoming election.

The outgoing president apparently not willing to invite the opposition candidates in the electoral talks, arguing they were not part of the September 17 last year election process agreement signed between his government and the Federal States in Mogadishu.

According to a statement, the establishment of NSC came after Farmajo was accused of violating the constitution, disrupting free elections, using the military for political purposes, ordering attacks on former presidents, and peaceful demonstrations in Mogadishu.

NSC’s main objectives are to ensure the holding of free and fair elections, safeguard the peace and sovereignty of the country as well as maintain political stability in the troubled Horn of Africa country.

In order to resolve the current political crisis, the leadership of the central government must face reality and accept that their four-year mandate is over, added the NSC statement obtained by Garowe Online.

Last month, the official time in the office of President Mohamed Abdullahi Farmajo has come to an end without a successor in place or political agreement and the opposition declared the government illegitimate.

The UN security council has recently voiced concern over the current situation in Somalia, warned not holding an inclusive, free, and fair election will increase the risk of security and stability in the country.