​Somali Shilling gains against US dollars after the presidential election 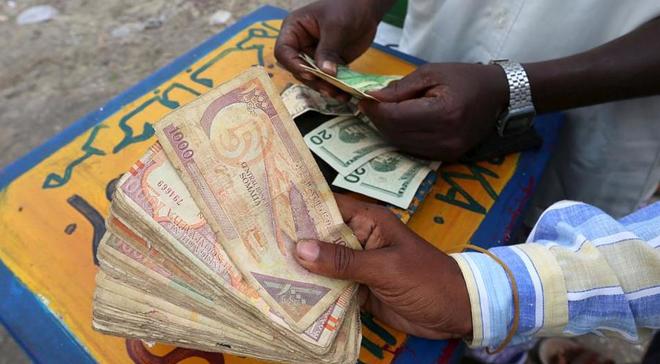 MOGADISHU, Somalia- Mogadishu and other towns witnessed rise of Somali shilling after reports of large amount of US dollars have poured in to the markets following the election of a new President, Garowe Online reports.

The rise of the Somali Shilling came after large amounts of US dollar said to be "bribes" paid by some presidential candidates to lawmakers were circling in Mogadishu's market in past few days.

The exchange rate of 1 US Dollar is between 16,000 and 18,000 Somali Shilling, while it was 23,000 Shilling before the election of the new President Mohamed Abdullahi Farmajo last Wednesday.

Despite that Somali Shilling gains against the US dollar, the prices of the food items and other stuffs remained soaring, bringing ordinary people to raise concerns of new inflation in the country.

This has effected life of the poor people who eported  to live with less than $3 a day, before the depreciation of the US dollar. They called on the new President to deal with the emerging inflation.

A day after his election, President  Farmajo who gained public support in his election pledged to pay the country's armed forces and civil servants who have not been paid for over 9 months.