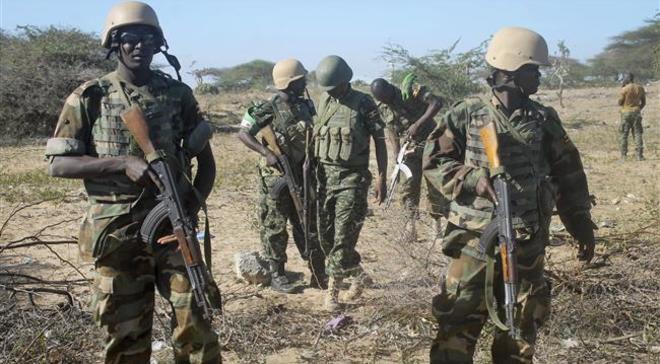 A bomber rammed his explosives-laden minibus into a military camp in Afgoye, an agriculture-rich district in Lower Shabelle region, 30 kilometers west of the capital, killing at least 5 Somali soldiers.

Capt Ibrahim Hassan, a Police officer confirmed to GO that 6 other government soldiers died after a remote-controlled landmine targeted a convoy carrying injured soldiers from the Afgoye to Mogadishu.

Al Shabaab has claimed to have killed 80 soldiers, including military officials and foreign trainers in the devastating car bomb attack on the army outpost. GO could not independently verify the claim.

In a separate incident, heavily armed extremists briefly took control of Bal'ad, a strategic town in Middle Shabelle region in southern Somalia on Friday following a dawn attack that led to a deadly gunfight.

Somali troops pulled out completely from the district, about 30Km north of Mogadishu early in the morning, allowing the Al-Qaeda-affiliated fighters to enter soon after. The army regained the town later in the day following Al Shabaab retreat.

This was the first time in five years that the militants moved into a town which was recaptured by Somali and African Union forces in 2013.

On the other hand, five Burundi peacekeepers were killed at an area north of Bal'ad after militants ambushed AMISOM convoy transporting food supplies for AU military bases in Middle Shabelle region.

The Vice President of Burundi Gaston Sindimwo has confirmed to VOA the deaths of the AU soldiers.

Al-Shabaab aims to topple Somalia's Western-backed Somalia's Federal government propped up by the African Union-mandated force known as AMISOM, which is made up of about 22,000 soldiers.