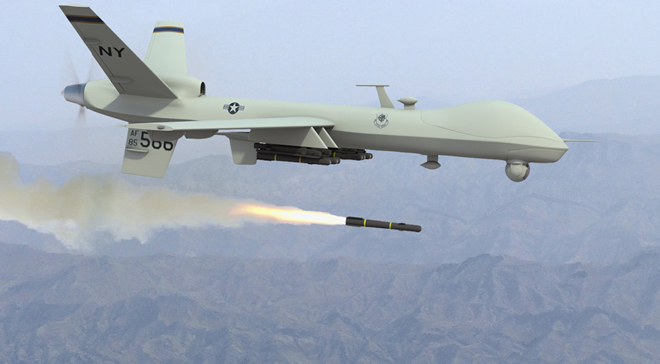 Ahmed Ibrahim, a military officer in the region, told GO over the phone that the attack was targeted a convoy carrying Al Shabaab commanders traveling in the area.

One of the missiles fired by the fighter jet struck a civilian house, injuring 8, including 5 men and 3 women.

It was unclear how many militants have been killed or wounded in the air raid, he said.

The wounded were transported to hospitals in Mogadishu for treatment, according to the residents.

So far, Al Shabaab did comment on the bombardment, which was the latest in series of air raids against the militant group in the country.

U.S. military has in the past carried out airstrikes in southern Somalia, killing high-ranking Al Shabaab leaders.