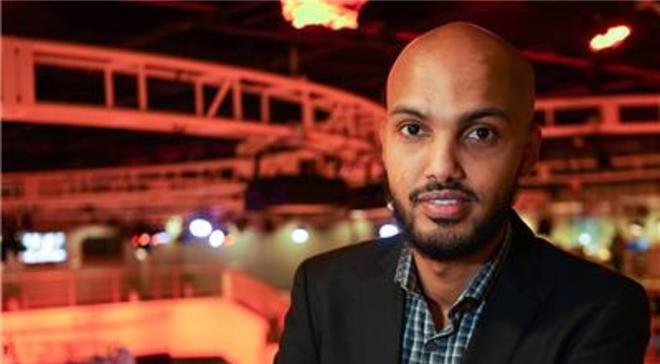 Al Jazeera's Hamza Mohamed with two other Journalists and their driver are held in Mogadishu prison for reporting a major Al Shabaab assault on Afgoye town, about 30 kilometers south-west of Mogadishu.

Mohamed Ibrahim Mo'alimu, the secretary general of the National Union of Somali Journalists (NUSOJ) has confirmed to Radio Garowe the arrest of the Al Jazeera journalist and his team.

“Hamza was detained while he was returning from Afgoye back to Mogadishu,” said Mo’alimu. He also condemned Journalists arrest and called for their immediate release, however, No comment could be obtained from the Somali officials on the reasons behind the arrest.

"We are working to release of the journalists from custody," said NUSOJ secretary general.

On the other hand, the editor-in-chief of Xog-Ogaal Newspaper Abdi Aden Guled has been released by the Somali government on Tuesday night after three days detention in Godka Jilacow prison run by Somali National Intelligence and Security Agency (NISA) in Mogadishu.

Threats and intimidation against journalists by Somali government tend to increase during elections period.

Somalia is considered one of the most dangerous countries in the world for media workers, as they are targeted by both Islamic extremists and the government.