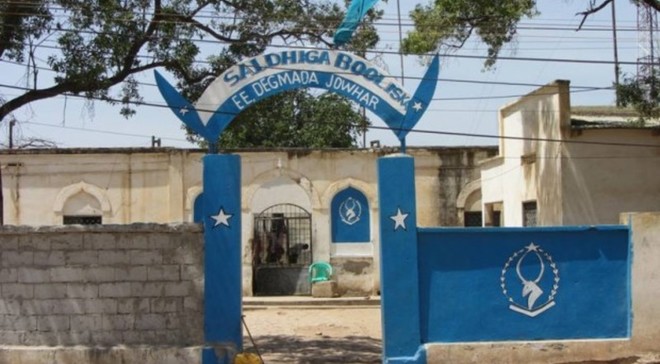 JOWHAR, Somalia- The chief of Police forces in Middle Shabelle region Col Khalif Abdulle Arfaye and his bodyguard were killed in a grenade attack in the Police station in Jowhar town on Saturday evening, Garowe Online reports.

The assailants escaped from the scene immediately after carrying out the bomb attack.

The Al Qaeda-linked terror group Al shabaab has claimed responsibility for the deadly attack that killed the Police chief of Middle Shabelle region, according to a statement posted on affiliated websites.

Hirshabelle state President Ali Abdullah Osoble has strongly condemned the killing of the Police commander, and called on local security forces to swiftly arrest and bring the perpetrators into justice.

The attack comes as Somali National Army and their allied African Union forces are conducting joint military operations, aimed at rooting out Al Shabaab from their strongholds in Middle Shabelle region of southern Somalia.