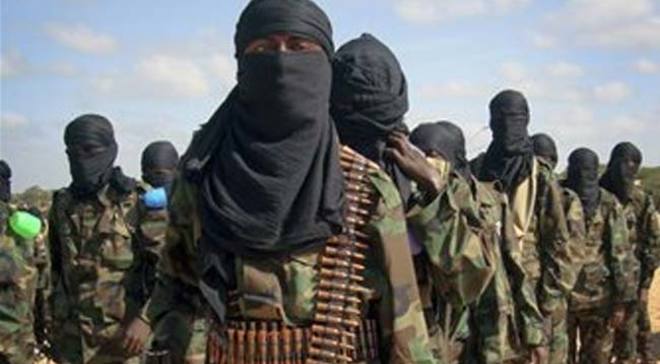 Abdullahi Gaab, a leading figure for the militant group Al Shabaab was gunned down in El-Dhuun Adegow, located about 45 kilometers north of Baidoa town, the regional capital of Bay, along with five bodyguards.

According to sources, the slain Al Shabaab commander is alleged to have been involved in several deadly attacks against Somali and AMISOM bases near Baidoa town, the interim seat of Southwest administration.

Following a tip-off from residents, Somali army backed by African Union forces have raided a hideout outside Baidoa and engaged the insurgent militants in a fierce fight that saw the death of Abdullahi Gaab.

Speaking to a local radio station in Baidoa, a senior Somali military official has appealed to the public to feed security agents with information that can lead to the arrest and murder of the Al Shabaab suspects.

The official who spoke on a condition of anonymity, said the joint forces were ready to conduct more operations to drive out Al Shabaab militants from their remaining pockets in Bay region.

On Friday, Somali officials in Afgoye have paraded the body of alleged Al Shabaab commander whom they said was killed by government forces repulsing an Al Shabaab attack on the town last weekend.

Al Shabaab is yet to comment on the military claims about the murder of its commanders near Baidoa and Afgoye districts in Bay and Lower Shabelle regions in Southern Somalia.