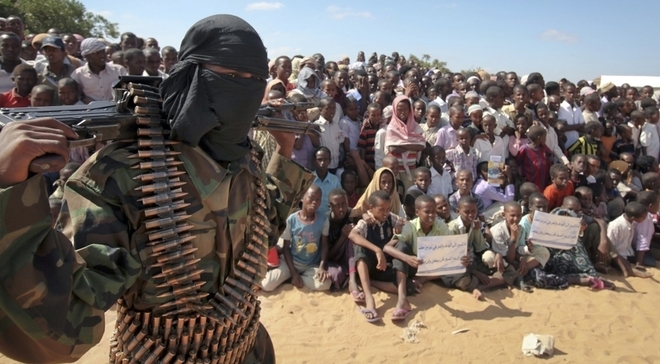 The execution of the men which was carried out by a firing squad occurred in the town of Yaaq Barawe, Al Shabaab stronghold area in Baay region in south-western Somalia.

An Al Shabaab judge said in the execution site that one of the spies was found guilty for working with US’s intelligence agency and facilitated killing of the group commanders in U.S. airstrikes.

The executed men were Abdullahi Dhamey Mohamed, 36, Mohamed Iman Hassan, 42, and Mohamed Sharif Ali, 21, who were convicted of espionage with "CIA, Jubbaland state and Somali government.”

A local resident, speaking on a condition of anonymity, told GO over the phone that people were gathered to watch the public execution of the alleged spies.

Since 2008, Several Al Shabaab leaders, including former leader Ahmed Godane were killed in US airstrikes targeted Islamist extremists hideouts, in the south of the east African country.

AMISOM and U.S. forces support Somali government in their fight against militants group in the country.