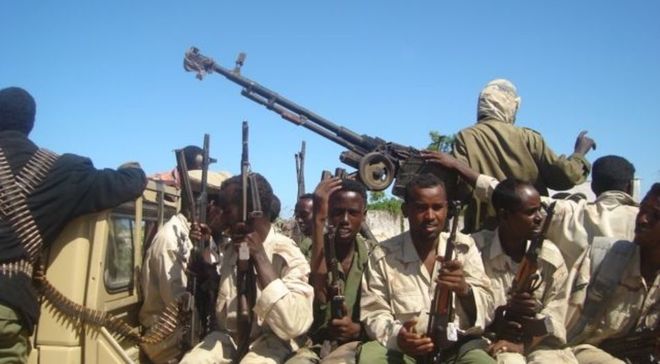 The militants armed with machine guns and rocked propelled launchers, raided a military base belonging to government soldiers before taking complete control of Mahaday district, according to sources.

Medics said two soldiers were killed and ten others wounded during a heavy confrontation between the Al Qaida-linked Al shabaab fighters and government soldiers in the town. Al Shabaab militants hoisted their black banners on the roof of local police station and administrative headquarter following the takeover.

Somali troops backed by Burundian soldiers serving with African Union Peacekeeping troops in Somalia (AMISOM) managed to regroup and carried out offensive  that pushed Al Shabaab fighters out of the town in the early hours of Saturday.

However, the group lost El Wak town in 2011 to Somali forces and Kenyan troops who crossed border into Somalia, to tackle attacks and kidnappings by militants in its soil. Al Shabaab intensified attacks on government controlled towns in south and central of the country, in a bid to disrupt the upcoming presidential election due to be held 28 December.