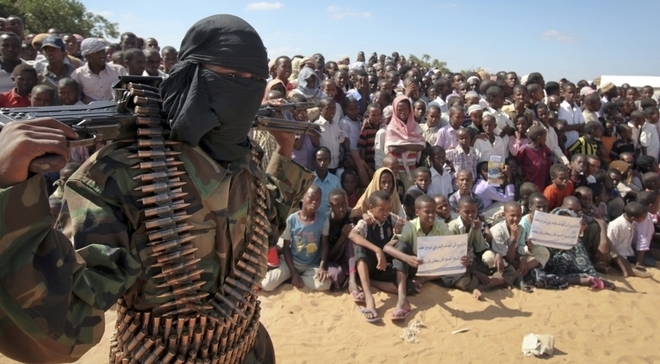 Mohamed had his left leg cut off for allegedly stealing from a shop; his right hand was amputated in previous alleged theft, while Omar accused of stealing an ox had his right hand amputated.

Al Shabaab militants brutally punished the men convicted of theft upon an order issued by a militant judge who said the two men were found guilty of stealing money from a shop and an ox in the region.

In areas under its control, Al Shabaab has carried out executions, floggings and single-limb amputations after trials on charges including theft or espionage.

Al Shabaab fighters have briefly taken control of El Wak district in Gedo region, following clashes with Somali government forces, the latest in series of attack on the border town over the past few months.

According to the residents, the Al Shabaab militants stormed an office for a local relief NGO in El Wak town, and confiscated computers and documents belonging to the humanitarian agency.

The local NGO officials were unavailable for comments on the attack of their office in El Wak by Al Shabaab, but villagers said the militants pulled out of the town following the brief control.

Al Shabaab once held large swathes of Somalia including Mogadishu before being pushed out by the Somali forces backed by AMISOM forces.

Despite losing large swathes of ground, the militants still continue to pose a formidable threat and carry out sporadic attacks in the capital and other parts of the country.