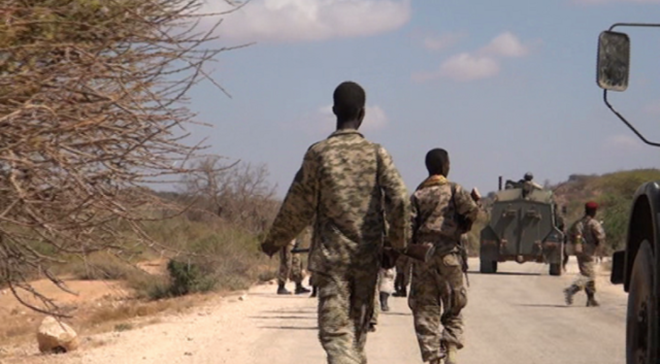 The Al-Qaeda linked militants attacked the base in Maroodille area in Hiran region, the group said in a statement distributed on its affiliated media outlets that they had the upper hand of the heavy battle.

The group claimed have recaptured the area, which is located about 22Km west of Beledweyne, the regional capital of Hiran province in central Somalia and killed several soldiers, but this could not be verified independently.

Mohamed Ali Mohamud, the deputy mayor of Beledweyne town on security and political affairs confirmed to GO that Somali forces fought to hold off the attack on their base from Al-Shabaab.

Mohamud said there were no any casualties on the military side. At least one militant was killed and several were wounded during the gunfight, he added, rebuffing that the area fell to Al Shabaab.

The Government forces were reported to have retreated back to Beledweyne, where they are mobilizing a counter-offensive to retake the locality from Al Shabaab.

Al Shabaab was forced out of the capital Mogadishu six years ago but continues to carry out regular attacks on military, government and civilian targets in its battle to overthrow the internationally-backed administration.