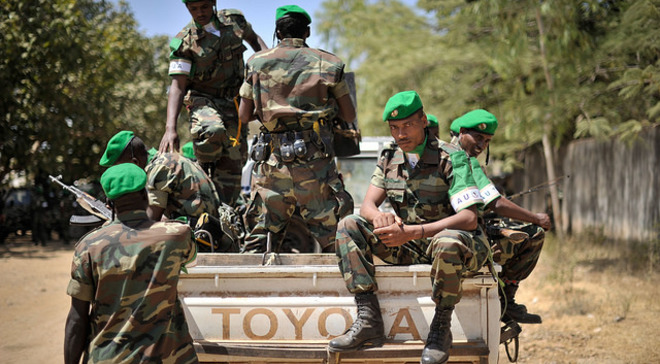 Residents in Moqokori said that allied forces that spent a night inside the town moved out of it, allowing the Al Qaida-affiliated Al Shabaab fighters to enter without encountering resistance.

The reason for the troops' withdrawal from Moqokori town was not clear. AMISOM and Somali National Army officials in Hiiraan region were not immediately available for comment.

"Truck ferrying Al Shabaab fighters entered the town without a battle, whereas Somali and Ethiopian troops withdrew to the outskirts of Moqokori," said a resident who spoke to GO over the phone on a condition of anonymity.

AMISOM forces along with Somali troops were seen on Wednesday morning evacuating their bases in Moqokori and heading towards Mahas district in Hiiraan region.

Al Shabaab has in the past staged multiple attacks against AMISOM bases, as part of its guerrilla warfare strategy to drive out foreign troops and topple Somalia's Western-backed government in the capital Mogadishu.