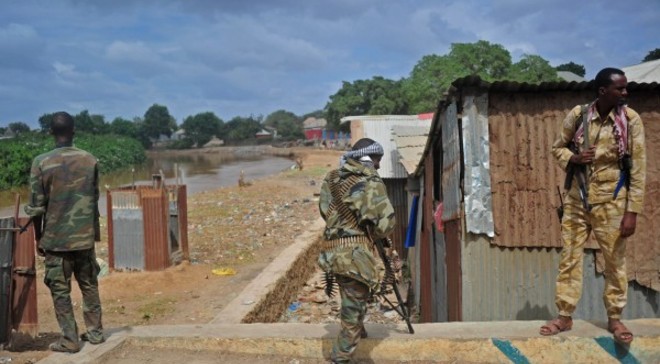 Heavily armed gun-toting militants mounted in fighting vehicles moved into Rasadaay, located on the outskirts of Barawe, about 179Km southwest of Mogadishu, the Somali capital without a gun battle.

It is unclear why the government and AMISOM troops withdrew from the strategic location. The Ugandan troops were seen headed towards the seaside city, according to several sources.

It was the second key area that the Islamist group recaptured in the region after the departure of Ugandan forces serving with the African Union Mission in Somalia (AMISOM).

Earlier this month, the militants regained control of Barire settlement, situated 60Km southwest of the capital, where a U.S. Navy SEAL was killed in last May during an operation against Al Shabaab.

The fall of Rasadaay is likely to increase pressure and attacks on AMISOM forces in Barawe, which is the second largest town in the central Somalia's southern Lower Shabelle region.

This comes as the Federal Government of Somalia is mulling to declare war on Al Shabaab and launch a final offensive to wipe out the Al Qaeda and ISIL affiliated militant groups from the whole country.

Al Shabaab was forced out of Mogadishu, 6 years ago but continues to carry out deadly attacks on military, government and civilian targets in its battle to oust the internationally-backed administration.