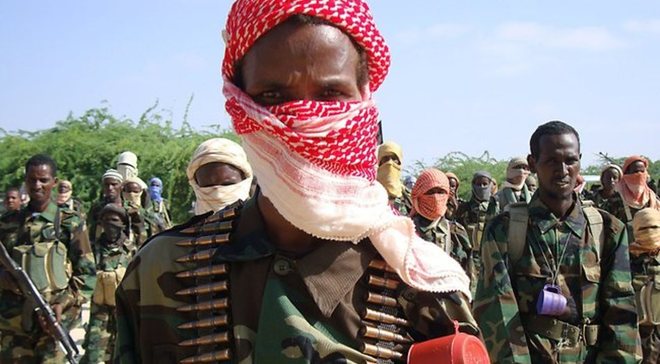 According to the local residents and Al Shabaab affiliated media outlets, the town of Elhur has falled to the militants without resistant after Galmudug administration troops withdrew from it early in the morning.

Galmudug state forces retreated from several villages, including Amara near the rebel-held Harardhere town, as Al Shabaab continues to slip into more areas and claim control.

On the other hand, Kenyan Defense force (KDF) soldiers were reportedly targeted in a huge landmine explosion near the town of Dhoobley near Somali-Kenyan border.

However, there were no reports of casualties. Eyewitnesses who spoke to GO over the phone said a massive roadside bomb blast ripped through KDF military convoy traveling from Tabto village to the border town of Dhobley in Lower Jubba region.

The Al Qaida-affiliated militant group Al shabaab has intensified attacks against Somali and African Union forces (AMISOM) in the country, in a bid to disrupt the ongoing nation-rebuilding efforts.