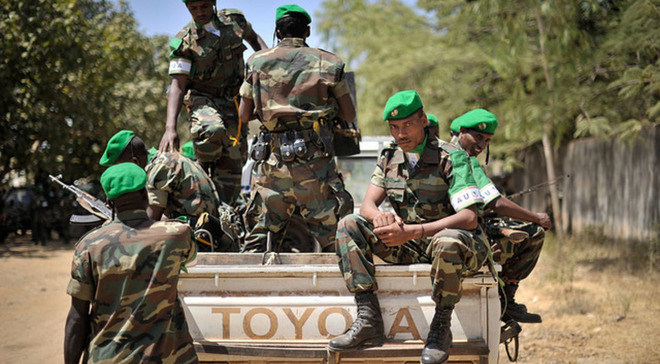 "The Ethiopian troops have vacated Elbur town early this morning," said Gutale, adding the reason for the unexpected withdrawal was unclear.

AMISOM soldiers backed by tanks and armored vehicles have headed for Dhusamareb, the regional capital of Galgaduud region as the town fell to Al Shabaab militants.

Gutale voiced concern over the comeback of Al Shabaab, saying the local residents could be subjected to reprisals at the hands of the Al Qaida-inspired fighters.

No explanation has been given by the Ethiopian military on the move, while the spokesman for the AU Mission in Somalia (AMISOM) did not respond to requests for comment.

A resident, speaking over the phone on a condition of anonymity from Elbur said that Somali Government forces had also abandoned the town in the early hours on Monday morning.

Elbur has been under the control of Ethiopian troops since 2013.